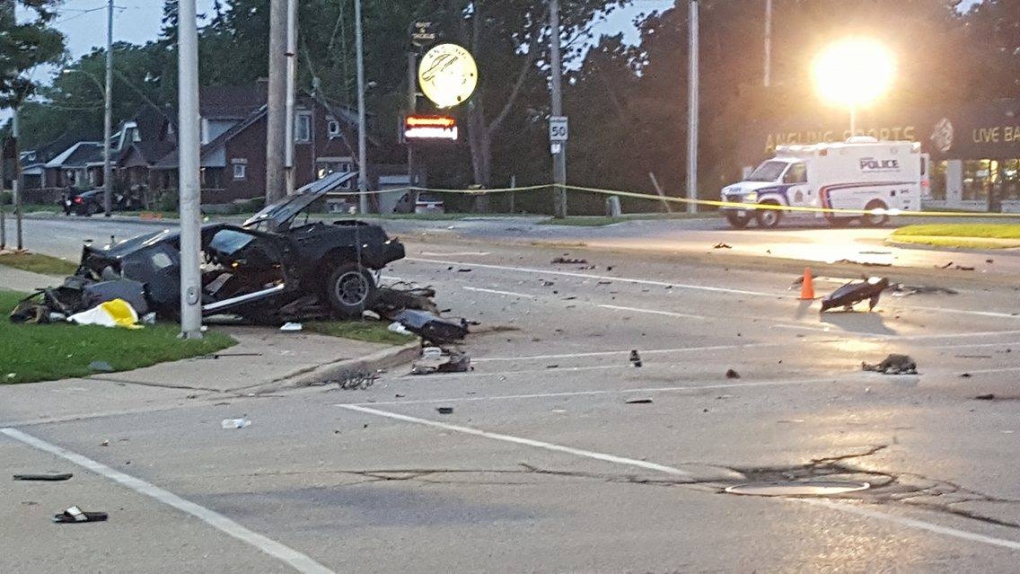 The London courtroom was packed for the sentencing Thursday of Scott Altiman.

Two people died and two others were seriously injured in the crash at Highbury Avenue and Dundas Sreet in September of 2016.

Altiman was driving his Dodge Charger when he crashed into a car and sent it flying.

The occupants of that car, 23-year-old Cody Andrews of New Hamburg and 46-year-old Jerry Pitre of London, died. A man and woman in the car were seriously hurt.

According to the agreed statement of facts, Altiman had more than twice the legal alcohol limit in his system and was driving at speeds of up to 187 km/h.

An open beer was also found in his car at the time of the crash.