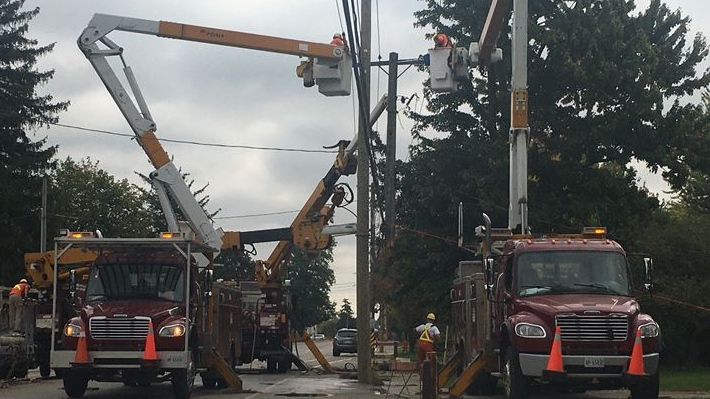 LONDON, ONT. -- London police have charged a male driver with impaired operation of a motor vehicle after an early morning crash.

Police were called to the area of Hamilton Road just west of Gore Road shortly after 6 a.m. Sunday.

The vehicle left the roadway and slammed into some hydro poles.

The driver was arrested and taken to hospital with unknown injuries.

Hamilton Road has been closed in both directions for several hours as crews make repairs.