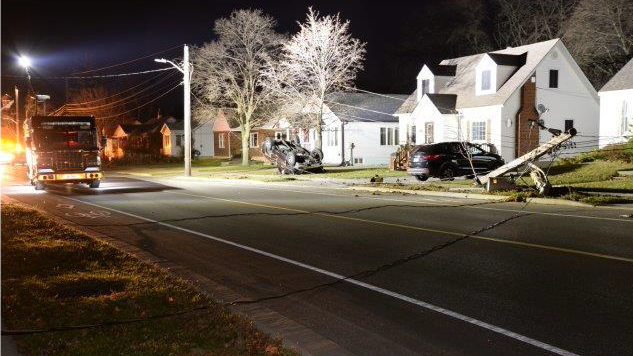 A pickup truck flipped onto its roof after taking out a hydro pole and fire hydrant in Sarnia. (Supplied by Sarnia Police)

LONDON, ONT -- A 20-year-old Sarnia man is facing charges after crashing his vehicle, taking out a hydro pole and fire hydrant.

The crash resulted in a power outage in the area of Maxwell Street and Capel Street.

According to police a pickup truck was northbound on Capel Street when it left the road and rolled over.

The driver was taken to hospital to be assessed but has since been released and taken into custody.

Police say the suspect provided a breath sample and blew twice over the legal limit.