All teachers’ unions hit picket lines for first time since 1997 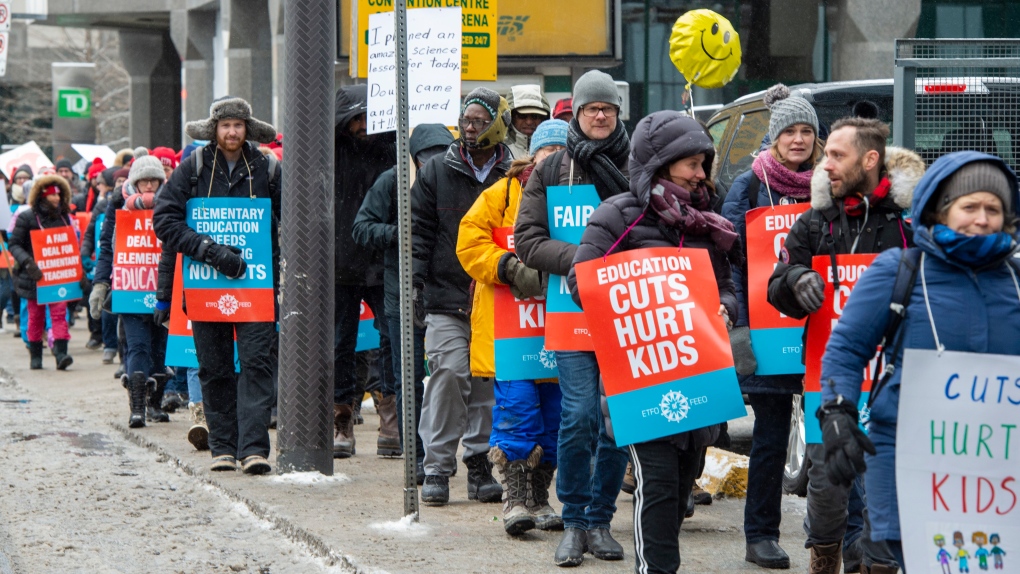 LONDON, ONT -- Roughly 200,000 teachers and education workers across Ontario will hit the picket lines Friday, the first time since 1997 that they have all walked out together.

An expected 30,000 union members will descend on Queen’s Park today to surround the legislature.

Plans are already in place to close roads around the legislature to deal with the large amount of people.

In London hundreds of thousands of students begin the weekend early as all schools will be closed across the city and province.

The Elementary Teachers’ Federation of Ontario(ETFO) says that their next phase of strike action will be announced Monday.

That phase of strike action is then expected to begin on Wednesday.

CTV News London will be following today’s strike and will have a full local report tonight at six.