All aboard? Upcoming report to detail high-speed rail plan from Toronto to London and Windsor 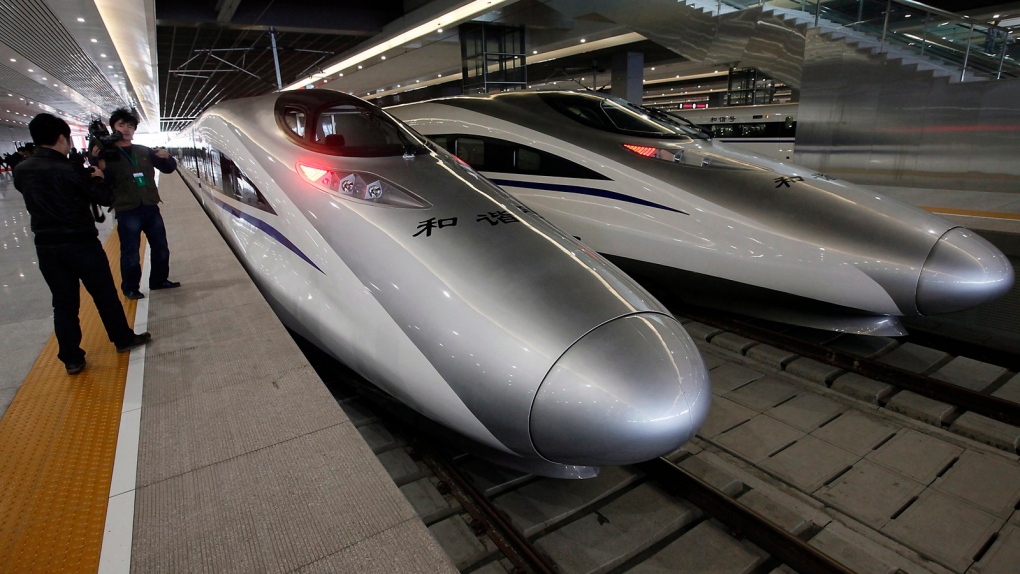 In this Oct. 26, 2010 file photo, a journalist photographs bullet trains of a new high-speed railway linking Shanghai and Hangzhou in Shanghai before the start of the service. (AP / Eugene Hoshiko, File)

CTV News has learned about a possible high-speed rail line connecting Toronto to communities in the GTA and beyond to London and Windsor.

In weeks, details of a study that recommends building a high speed line from Toronto to Windsor will be revealed.

It's called the Collenette Report, named after the author of the study, former federal Transport Minister David Collenette.

He was hired by Kathleen Wynne 18 months ago to do a detailed study on a high speed rail line from Toronto to Waterloo, then London and eventually Windsor.

This intercity connection between Toronto, the GTA and southwestern Ontario is considered key in developing the potential economy of southern Ontario.

Wynne gave her support to the project at an event Tuesday morning. She says it would be phased-in over time.

The transport minister tells CTV News that it wouldn't be high-speed the entire route because of geography.

The project would be part of the $130-billion Ontario is spending on infrasctucture over 10 years.

It's believed the federal government would provide funding as well.

Full details of the proposal is expected to come in May.