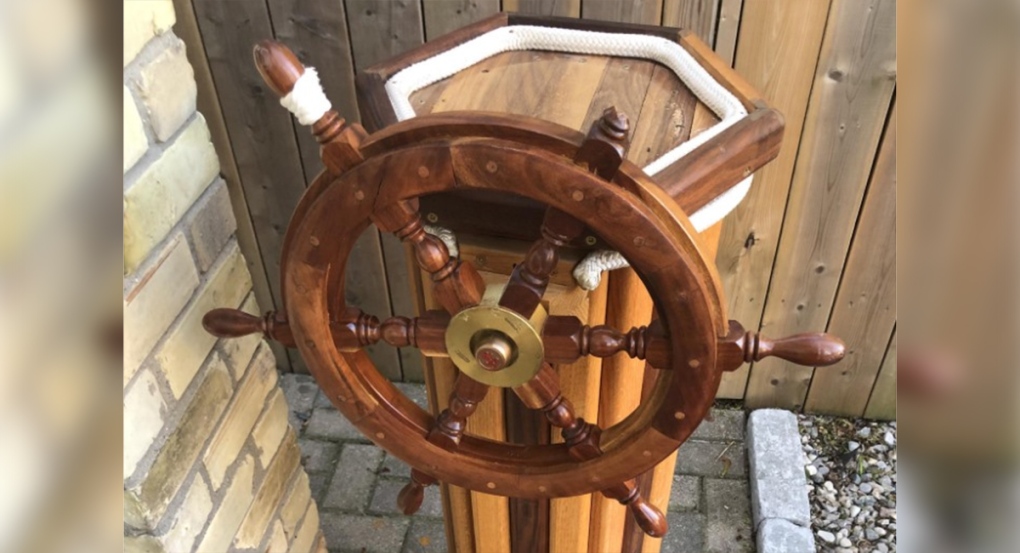 St. Thomas, Ont. police tweeted this image of a ship's wheel found abandoned in the city.

MIDDLESEX CENTRE, ONT. -- St. Thomas police say an unusual item found abandoned on Queen Street has been returned to its owner thanks to social media.

On Wednesday, police tweeted a photo of a pirated ship's wheel in an attempt to locate its rightful owner.

Investigators say the unique treasure appears to have been taken during a break and enter on Metcalfe Street.

The wheel has mild damage and is missing a compass that had been attached to it.

The investigation is ongoing and anyone with information is asked to contact police at 519-631-1224 or Crime Stoppers and refer to case #ST21007658.