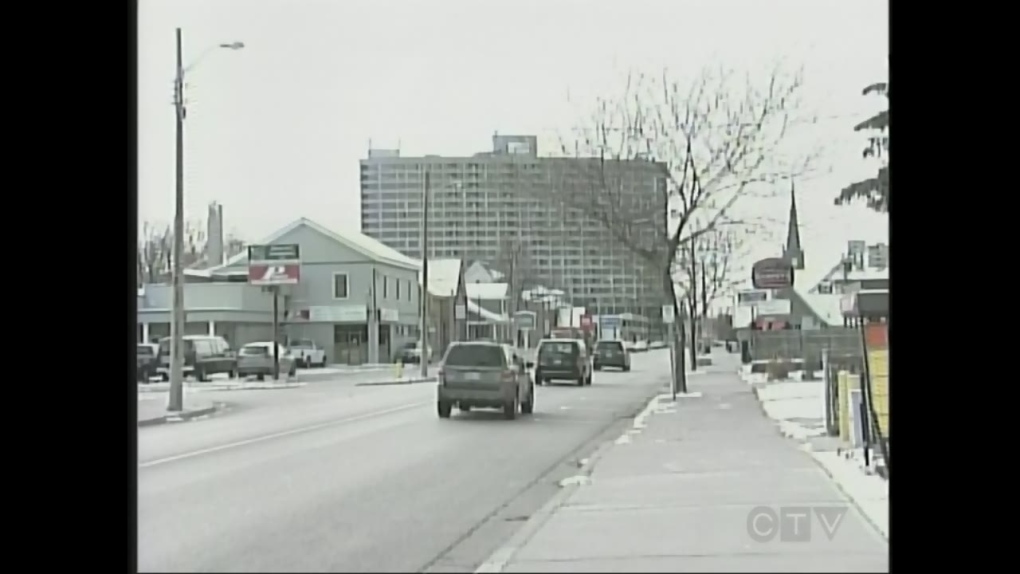 Kenwick Place on George Street in Sarnia, Ont. is seen in the background.

After close to six hours, Sarnia police were able to rescue a distraught female seated over the edge of an 18th floor balcony Tuesday.

Emergency responders were called to Kenwick Place at 160 George St. around 10:30 a.m.

They found a woman sitting precariously on the balcony edge. Polilce used the criminal investigation branch and negotiating team until the situation was resoved around 4:15 p.m. Roads in the area were closed off for several hours.

EMS took the woman to hospital.

A Tweet from the Sarnia fire department said it was "a successful outcome from a very tense situation," and noted the teammwork with other emergency personnel.

Police also thanked the public saying, people "were tolerant during this very stressful situation for all.

A short time later police responded to a domestic incident at a home in the area of Talfourd Street and Lillian Street around 6 p.m.

Police said they were concerned that a man barricaded inside had a firearm.

The emergency response team and OPP tactical response unit became involved to try to bring the situation to a peaceful resolution.

Negotiators worked through the night and surrounding streets were closed to ensure public safety.

At 8 a.m. Wednesday, the suspect was taken into custody without incident.  A 51-year-old man is charged with uttering threats.