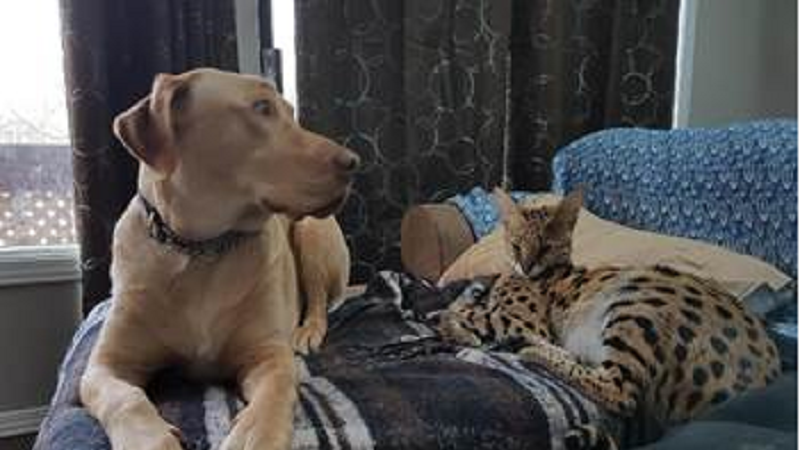 "Cassie" an African serval cat seen here on the right in this undated photo has gone missing in Tiny Township, Ont. (OPP)

Police are searching for an exotic cat that has gone missing in Tiny Township.

The African serval cat known as “Cassie” was reported loose near Wolf Trail and Tall Pines Road on Thursday morning.

Police are asking people to not approach the cat, and to instead call police. The OPP says once found, “Cassie” will head to an animal sanctuary.

This isn’t the first time “Cassie” has escaped from her home in Tiny Township. Last summer, the African serval went missing for nearly a week before it was found.

The cat’s owner tells CTV News that he is concerned for “Cassie” and just wants her home safe.