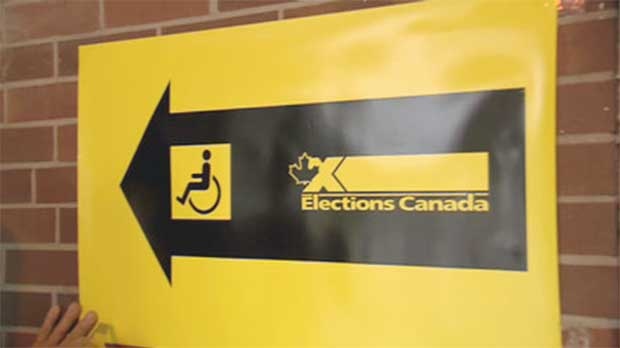 Just over a week before election day, voters can start casting their ballots at advance polls Friday, which will remain open until Monday.

Polls opened at noon Friday at polling stations across the country, and will remain open until 8 p.m. The same hours will continue through the weekend and on holiday Monday.

The location of advance polls can be found on your voter information card or at elections.ca.

In the last federal election, voting at advance polls was up compared to the three previous, with Elections Canada reporting over two million people voting - about 14 per cent of those who voted in the election.

Many students have already cast their ballots, with on-campus satellite offices for Elections Canada being opened as part of a pilot project earlier this month that allowed them to vote in their home riding.

According to Elections Canada, an estimated 42,000 students hit the polls during the pilot project, and there is the possibility that it will be expanded for the next federal election.

Nearly three million Canadians under the age of 24 are eligible to vote in the Oct. 19 election.

But according to Statistics Canada, only 39 per cent of those eligible in the 18- to 24-year-old age group voted in the 2011 federal election.

Also on Friday, more than 22,000 eligible inmates will be able to vote at federal prisons. In the 2011 election, there was a 54-per-cent turnout rate, which wasn't too far off the 61.1-per-cent turnout for the rest of Canada.

With files from CTVNews.ca