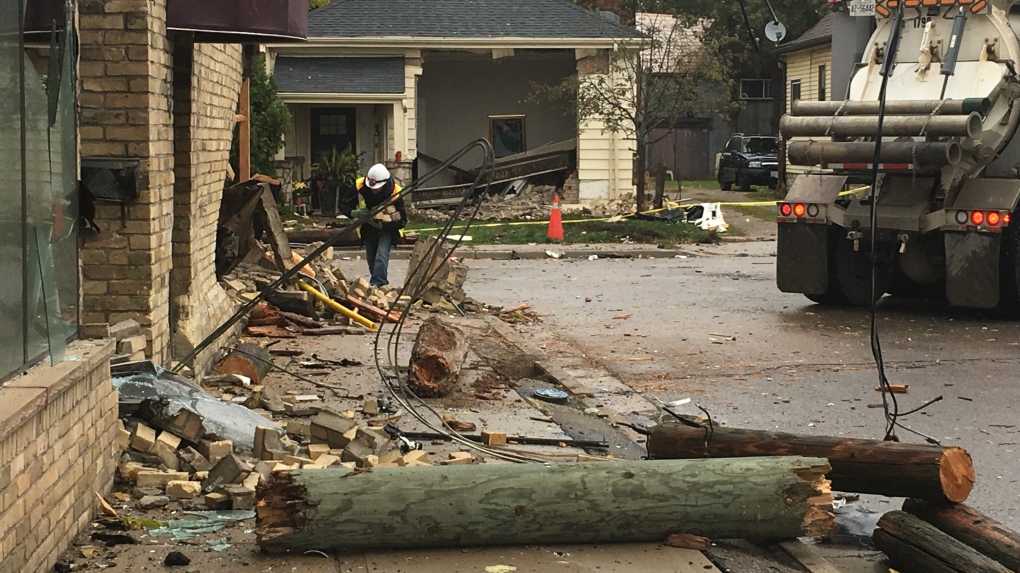 Clean-up crews work at the scene of a crash at Wilson Avenue and Blackfriars Street in London, Ont. on Sunday, Oct. 26, 2019. (Brent Lale / CTV London)

LONDON, Ont. -- The suspect at the centre of a crash that left a trail of destruction in the Blackfriars neighbourhood is now facing additional charges in relation to another crash.

Tyrease Phouttharath, 20, is already facing two counts of impaired operation of a vehicle.

London police have confirmed that he is now facing charges in relation to a crash that occurred prior to the incident in the Blackfriars neighbourhood.

Phouttharath is charged with failing to remain at the scene of a crash and making an unsafe turn.

Following that crash residents in the area of Wilson Avenue and Blackfriars Street woke to a loud bang around 3:30 a.m. on Sunday.

A vehicle, reportedly travelling at high speed, hit two hydro poles, smashed into the side of the building housing the Society Cafe, then spun into a home across the road, narrowly missing a sleeping resident.

The woman in the home was not injured but the driver was taken to hospital to be checked out before being taken into police custody. 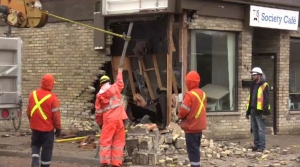