Municipal politicians will get a chance to discuss their biggest needs with the province at this week’s Association of Municipalities of Ontario (AMO) conference in Ottawa, Ont.

For the first time in three years, the conference returns in-person and with one-on-one meetings with provincial ministers, and gives municipal officials the chance to talk about shared challenges.

“We have seven members of council going and the mayor and we're going to be meeting with about 14 provincial ministers,” says Josh Morgan, London’s deputy mayor.

He adds, “We're going to be discussing is London's challenges with homelessness, mental health and addictions. We've got joint delegations with the county on that, and the Ontario big city mayors have also called for an emergency meeting with the province on this issue. It's really something that a number of municipalities are facing.”

St. Thomas, Ont. Mayor Joe Preston and his team have put together a platform of issues they’ll be discussing including regional transportation, supportive housing and improved school board relations to reduce the amount of portables in elementary schools.

“We also really want to talk more about how to better handle addictions and mental health at a street level,” says Preston.

“The best ideas at conferences like this come from somebody else,” he says. “We want to ask others what they are doing in their communities and how it works for them. Many are asking us how have you done, what you've done in reducing homelessness or reducing supportive housing, and we're happy to share with the work we've done.”

Both Preston and Morgan say municipalities can’t handle this issue on their own. They need provincial and federal dollars to build capital, and provincial dollars to fund operations of facilities. 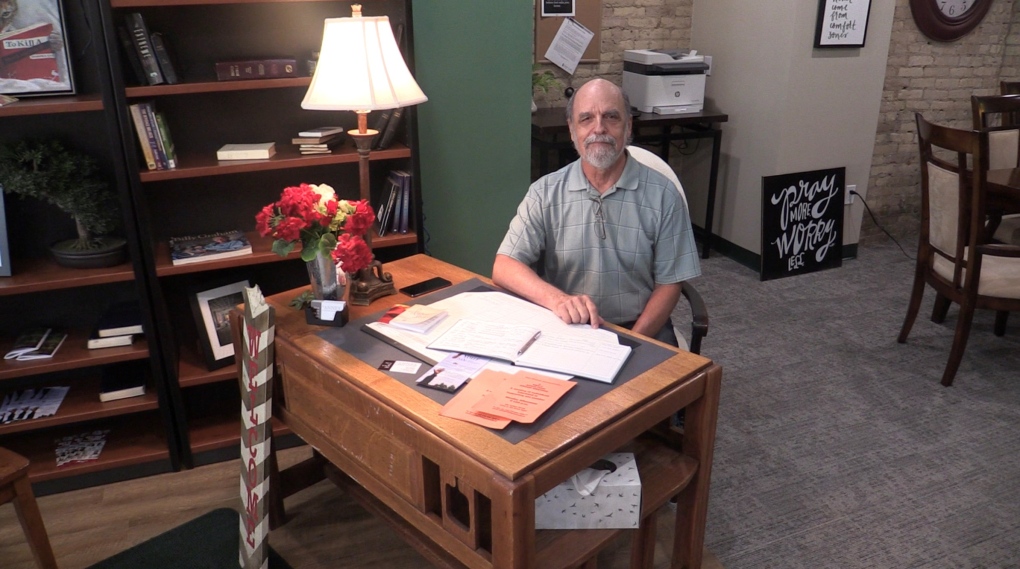 Don Trepanier, director of the Annex in St. Thomas, Ont. hopes the province will provide funding for detox treatment after the AMO Conference in Ottawa, Ont. this week. (Brent Lale/CTV News London)
On Talbot Street in St. Thomas, the newly opened Annex is an addiction resource centre, who has signed on 44 new clients in the 39 days they’ve been open.

“Since we've opened our doors, [we've] become very aware of the fact that we are a small city but we have the big city trappings of homelessness, mental health issues and addictions,” says Don Trepanier, director of the Annex.

He adds, “Our focus is addictions and one of the things that we have become aware of is that we don't have any resources in St. Thomas. When we have treatment beds, if we're talking about detox, we have to go outside of the city, and that's a huge barrier to rehabilitation and recovery.”

Trepanier has been speaking with Preston, and expressed his concerns ahead of the AMO Conference.

“I'd love to hear the mayor of St. Thomas come back from that meeting to be able to say, ‘Yes we have funding for detox beds and some treatment beds here in St. Thomas,’” says Trepanier.

‘’It's just really something that this community is missing. This community needs this very much because it's a barrier to anybody who's in St. Thomas to even consider detox or treatment,” he adds.