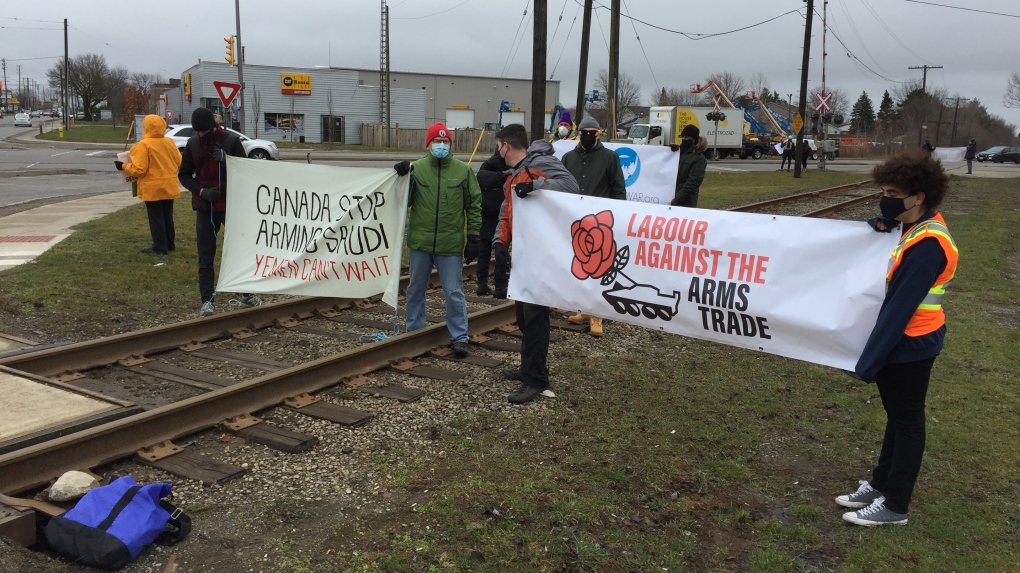 The protest was meant to stop any shipments of military vehicles bound for the middle eastern kingdom. No trains came through during the protest.

“Canada is a major player in continuing the devastating war on Yemen,” said Rachel Small, spokesperson for the group World BEYOND War.

She added that the protestors are calling on the federal government to end all arms exports to Saudi Arabia.

“We’re sending billions of dollars in weapons to Saudi Arabia to use in this Saudi-led war. It’s been completely devastating. I know for me I cannot stand by knowing that tanks are rolling on the rail right by me on their way to Saudi Arabia.”

However, the federal government has said it has no evidence the LAVs have been used in the conflict.

Thursday marked the sixth anniversary of the civil war in Yemen.