Homes for the aged are supposed to be a safe place for the vulnerable, and ill, but a CTV News exclusive investigation reveals that home is often where the hurt is.

Abuse, neglect and assaults are common for senior citizens in long-term care homes, and often the government's solutions don’t work.

About 76,000 Ontarians live in long-term care homes - that's about the population of Sarnia. For most, it is the last place they will call home, and for many, it's simply hazardous.

Documents obtained by CTV News reveal that in southwestern Ontario alone, there were 1,500 reported cases of neglect or abuse in less than four years, and little can be done to completely stop it.

A photo of Ada Cuthbert on Valentine's Day shows the 92-year-old woman beaten, bruised and defeated - at the hands of a fellow resident.

Her daughter Carol Cuthbert says "We were told from the investigation that he had assaulted numerous people on [the] Marian Villa side and they just moved him around and he finally ended up in my mother's wing, and he attacked my mother - plain and simple."

Ada has been assaulted three times by other dementia patients since she moved to the Mount Hope Centre for Long Term Care. For its part the hospital says it takes these types of incidents seriously.

But Carol says "That shouldn't be happening - three or four times, come on! Really?"

But it does happen. Documents obtained reveal that in southwestern Ontario alone 1,500 cases of abuse or neglect were reported to the Ministry of Health and Long-Term Care between July 2010 and December 2013, resulting in 172 citations for violations of the Long-Term Care Homes Act.

After combing through every inspection report for every home in southwestern Ontario - literally thousands of pages - the results were disturbing.

Resident-to-resident assaults are frequent, particularly amongst patients with dementia, but abuse also frequently happens by staff too.

Terrace Lodge is run by the County of Elgin. As part of an April Fool's joke, "residents were subject to pranks conducted by an [registered nurse] and a [personal support worker]."

According to the Ministry report what actually happened is "Vaseline was placed on the crossbars and handles of two resident lifts. A resident door handle and linen room handle was covered with Vaseline. A resident had jam applied to a brief that the resident was wearing."

Not only were these pranks dangerous - potentially leading to fatal falls - but they were also dehumanizing. A resident was put to bed in a dirty diaper, filled with jam, just to elicit a chuckle from other staff.

Dave Marr, warden for Elgin County, isn't laughing. He says "We made sure that everyone on staff was fully aware of what is and is not allowed. Those people responsible are no longer there."

The county has a zero tolerance approach to abuse, but there and elsewhere, that approach that is often ignored.

Pam Malcolm was a personal support worker in New Brunswick for 20 years, but after only one year in an Ontario home she says "I absolutely quit."

She didn't witness staff physically beating people under care, but what she did see sent chills down her spine.

"The biggest thing that I saw at the nursing home that was disturbing was the verbal abuse to the residents that couldn't fend for themselves," she says.

She says staff would often use derogatory language with residents, and taunt and tease those who depended on them for their care.

In one case, she says, "The woman wanted her socks off, after we got her into bed and the PSW just totally ignored her and listened to her scream and walked out…when it could have been resolved in two seconds, take her socks off, it's done."

Malcolm now makes her living caring for the elderly in their homes, where she says she can give residents the care they deserve.

Carol wishes she could afford to do the same for her mother, "It's like a warehouse waiting for the dead. Its a horrible, horrible, sight."

Coming up in part two: A look at some of the actions the government - and individual homes - have taken to reduce the risk of abuse and why some solutions just aren't working. 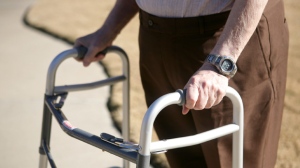