About 25,000 customers were without hydro in London 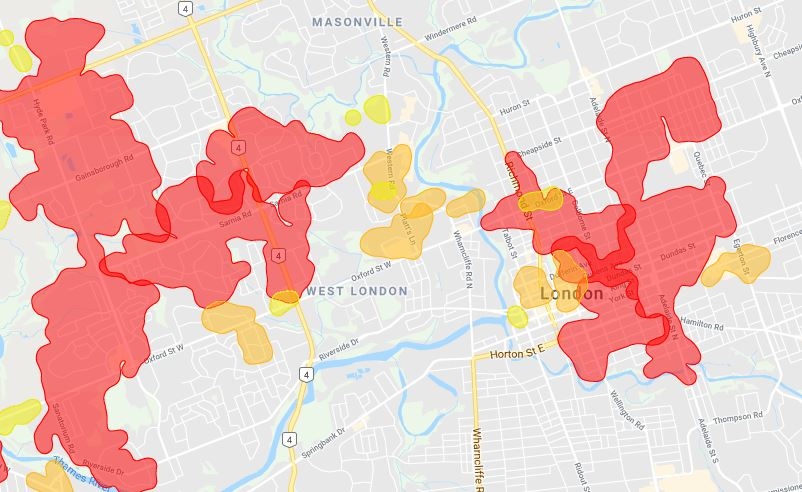 Map from London Hydro shows power outages in the city.

A wide-spread power outage caused chaos on some London streets as drivers try to make their way to work.

That was reduced to 6,600 customers in the central and eastern parts of the city later in the morning and all power was restored before noon.

Thee cause of the outage is unknown at this point.

The outage affected the downtown area as well as areas around Western University and west London from Byron through to Hyde Park.

Hutton says an update will be provided as soon as the cause is determined.