Abandoned home goes up in flames near Western 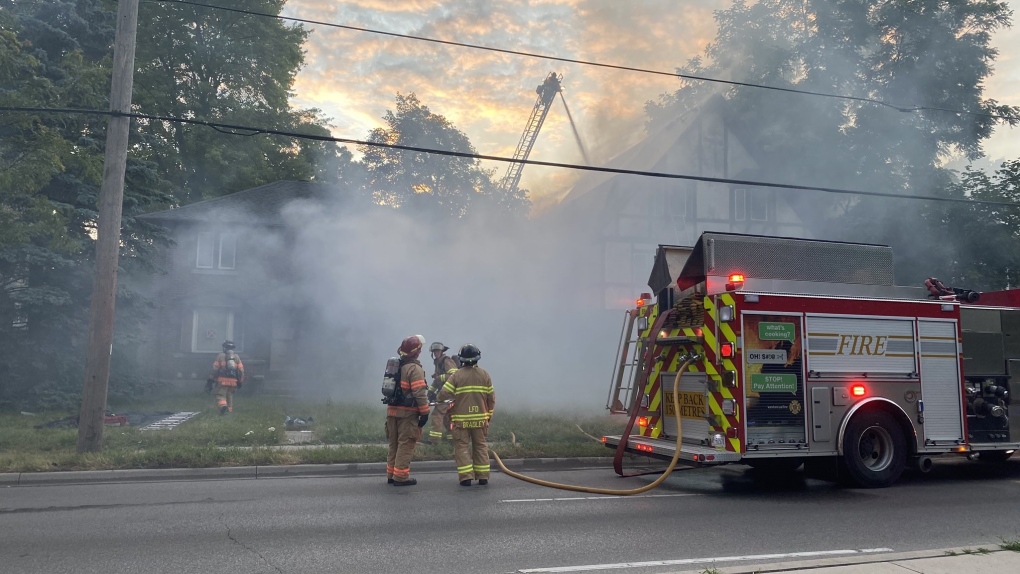 LONDON, ONT -- Fire crews were called to an abandoned home on Richmond Street not far from the gates of Western University after a fire broke out early Monday morning.

Firefighters were called to 1240 Richmond St. around 5:40 a.m. for a reported structure fire.

Crews worked to keep the fire contained to the home while searches were conducted.

Officials on scene say the home is abandoned and there were signs of people having been inside the home however no one was found at the time of the fire.

Richmond was closed between Windermere Road and Bernard Avenue while firefighters battled the blaze.

The home is one of three abandoned homes along that stretch of Richmond Street.

Fire officials say if the home was not slated to be demolished damages would have been around $500,000.

This is not the first time fire crews have responded to a home along that stretch of Richmond.

On March 28, a suspicious fire was reported on the third floor of the home at 1246 Richmond St., which was also empty at the time.