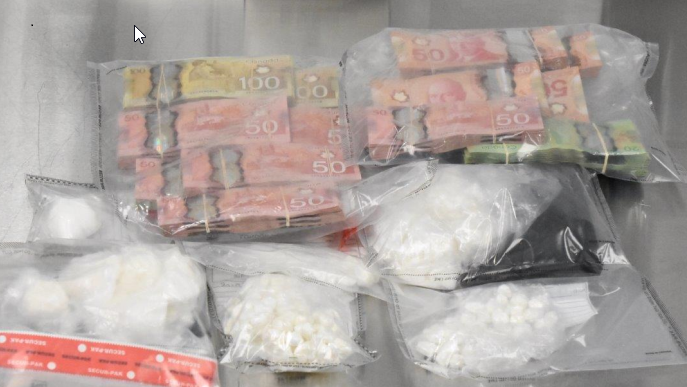 LONDON, ONT. -- Cocaine and cash were seized as a result of an ongoing investigation by the London Police Service's Street Gang Unit

Two Londoners are facing charges after police seized more than $55,000 (558 grams) worth of cocaine and about $70,000 in cash on Thursday from a residence and vehicle on Upper Canada Crossing.

A 35 year-old is facing charges of drug possession.

"This was an example of great teamwork amongst involved investigators and the two accused were arrested without incident," said London police Det.-Sgt. Ryan Scrivens in a statement.

One of the accused is appearing in court Friday, while the other has been released while awaiting an upcoming court date in August.