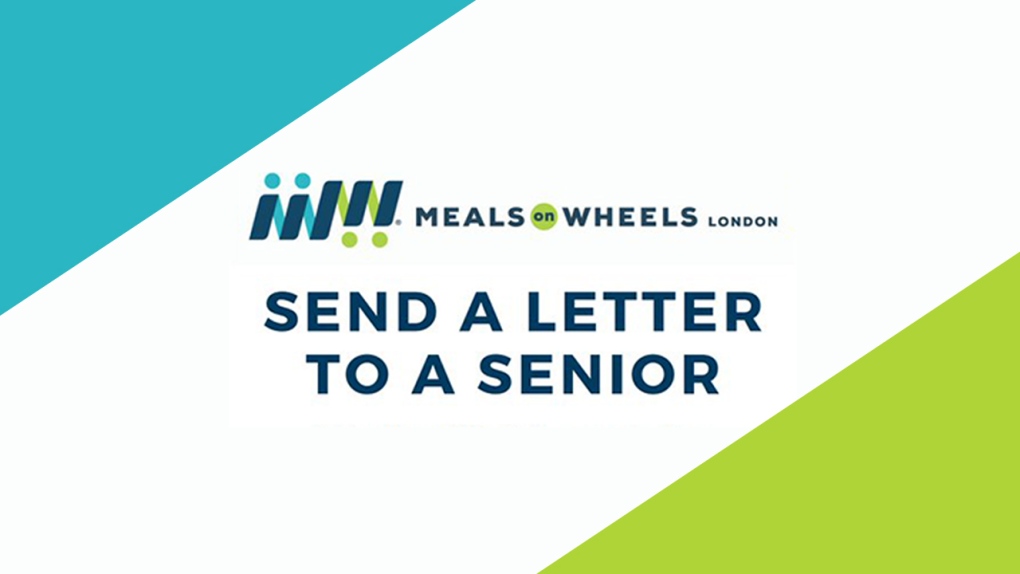 LONDON, ONT. -- Meals on Wheels London (MOWL) has launched a campaign that offers kind words to those who might be feeling alone during the pandemic.

Reaching out on social media, MOWL says, "In this difficult time connection is more important than ever before. We are working to combat the feelings of social-isolation experienced by seniors during this crisis."

Executive director of Meals on Wheels London, Chad Callander, says they got the idea after they watched the news and saw young kids writing letters to seniors in long-term care homes.

"We thought we'd put a call out to the community because it doesn’t take a long time to write a letter. We will collect, print and add to each delivery," said Callander.

During the pandemic, MOWL food programs are fully operational, and they have seen an increase in clients.

Callander says the jump is about 20 per cent in April, compared to previous months. As a result, they are triaging orders, and getting to those who need it most.

MOWL has roughly 1,000 unique clients, this includes people over 55 year of age, and anyone who is 18+ with a disability. There are currently 300 volunteers who help deliver the meals.

MOWL is funded through the Ministry of Health, but a big part of the budget is through donations, like the United Way. Due to the increase in demand during COVID-19, they will be receiving additional funding.

"We received the provincial application yesterday, and we will be able to get additional support from the province," said Callander.

The initial call for kind words was put out Tuesday evening, and in the first 12 hours they received nearly 50 letters.

Callander says they will take as many letters as people send them, and hope to continue this even after the COVID-19 crisis in an effort to offer kind words of support to those they serve.

In this difficult time connection is more important than ever before. We are working to combat the feelings of social-isolation experienced by seniors during this crisis.

We have started a campaign asking the community to reach out and offer kind words of support those we serve! pic.twitter.com/EPjhq1zL1K