'A lot of healing': Truth and Reconciliation ceremonies in London region

'A lot of healing': Truth and Reconciliation ceremonies in London region 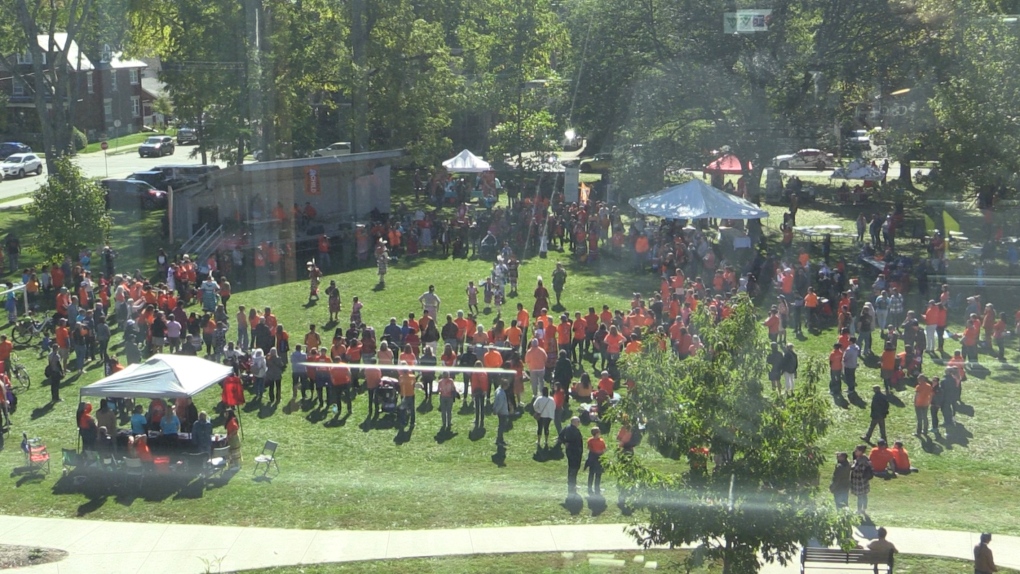 Veronica Ninham wipes away tears as she listens to speakers talk about the pain of relatives who attended residential schools.

“I thought about my dad when he was only four years old when they took him away from his mom,” Ninham tells CTV News from a remembrance ceremony on The Green in Wortley Village in London, Ont.

“Not just him, his other brother and two sisters were taken too so my grandma was left with nothing. If it was me, I would feel like dying if they took my kids but my grandma, she did it. She survived eventually she took care of us”. 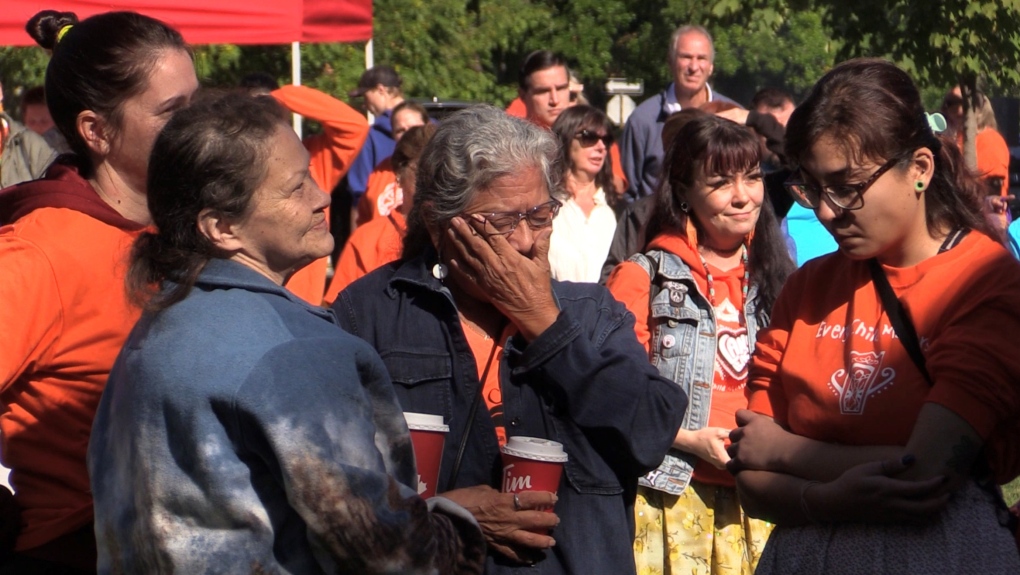 Veronica Ninham, 71, wipes away tears as she thinks about her parents who were taken from their parents as children and put in residential schools (Source: Brent Lale/CTV News London)

A gathering on The Green in Wortley Village Friday featured Indigenous culture with drumming, signing, smoke dancing, jingle dress dancing, and language workshops. Family members of residential schools were recognized and stood in a circle as the young dancers performed.

“Today is a day to remember all the pain and all the trauma and also celebrate the resiliency and everyone survived,” says Mason Sands, 23, a jingle dress dancer and third-generation residential school survivor.

“My dad is a Pow Wow singer, so I was born into the Pow Wow circle, and the jingle dress is a Pow Wow style, so I've always loved it since I was about the age of two. It’s also an Ojibwe dance and I'm part of my nation is Ojibwe so I feel really deep connection to it and it just makes me happy.” 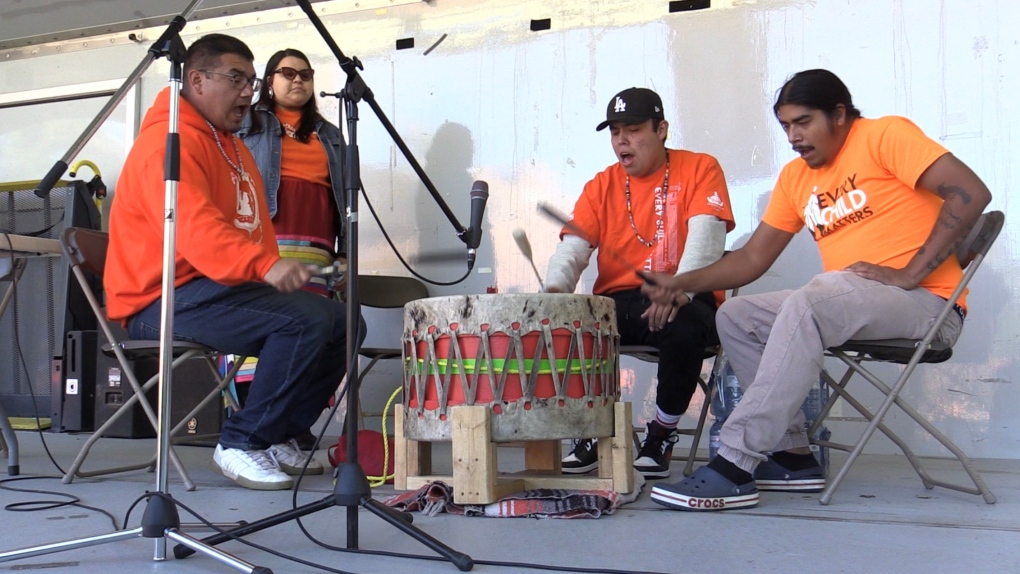 “I would say the federal government has been failing, but Canadians as a whole, organizations, corporations, have been making tremendous strides. I recognize the strides and I say an ‘A’ for all of the work that's being done”.

Festivities continue around the region throughout the day.

In St. Thomas, Ont. a new Truth and Reconciliation crosswalk was acknowledged on Talbot St. next to City Hall. 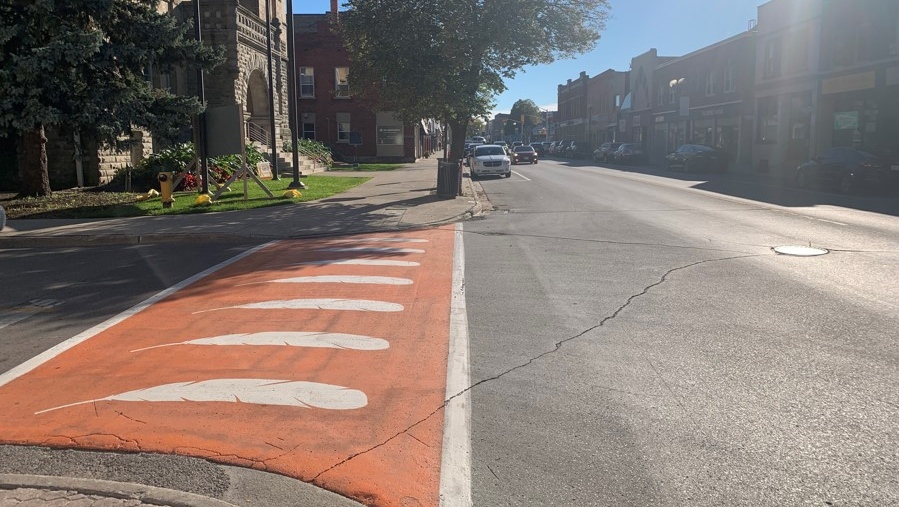 A new Truth and Reconciliation crosswalk was acknowledged on Talbot St. next to City Hall in St. Thomas, Ont., on Friday, Sept. 30, 2022. (Brent Lale/CTV News London)

“As a City, we all play an important role in building a community that is compassionate, inclusive, and equitable,” says Joe Preston, mayor of St. Thomas.

Back on The Green, Ninham was thrilled to see the large crowd remembering together and healing.

“Something's got to happen about this, as this should have never happen to nobody,” says Ninham.

Pence calls on Trump to apologize for dinner with antisemite

A growing number of Republicans, including former U.S. Vice President Mike Pence, criticized Donald Trump on Monday for dining with a Holocaust-denying white nationalist and the rapper formerly known as Kanye West days after launching his third campaign for the White House.