Relatives of April Calcutt have taken to social media to express grief, shortly after an online plea requesting help.

In an afternoon post on Facebook Wednesday, Tanya Lynn Summers, April’s sister, asked the public for assistance in locating April.

In the post, she stated her sister was missing following a fire in West Lorne’s downtown.

It began shortly after 7 a.m. in a two-storey century building. A single apartment unit was heavily damaged. A cause has not yet been determined.

In a later post, Summers shared pictures of her sister before two recent posts indicated April had died.

CTV News reached out to her following her messages but we were unsuccessful late Thursday or Friday.

While the family of April Calcutt mourns, OPP and the Office of the Fire Marshal of Ontario have not publicly identified the human remains found inside the apartment. 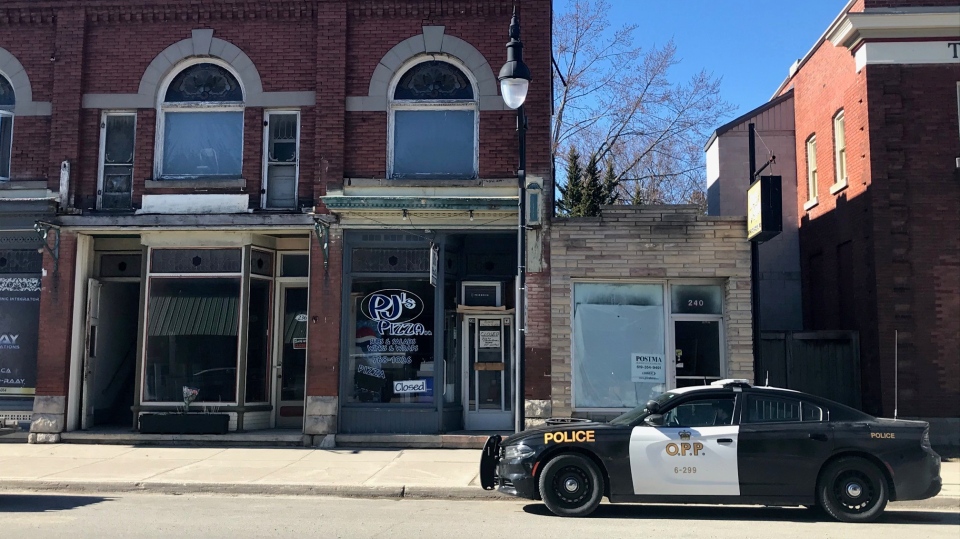 There are now public questions about the discovery, and how it was made a full day after the blaze started.

They’d been told a woman might still be inside.

In a later interview with CTV News, Beer was asked about the search and rescue effort.

“And you were able to determine?”

Beer responded, “Nobody was in there.”

On Friday, West Elgin Fire Chief Jeff McArthur, who was not at the scene Wednesday, offered a response when questioned why remains were discovered a day after the initial search.

McArthur also told CTV News the call to the Fire Marshal’s Office was made the day of the fire around 11 a.m.

More than 24 hours later, OPP put out a media release revealing the discovery of human remains.

A post mortem is being conducted to determine the official cause of death.

OPP Const. Troy Carlson says, “We’re at the stage were we are awaiting the results of the post-mortem investigation which will hopefully identity the person who perished in the fire.”

He added that he can't speak to why it took so long to find the body, but said it was investigators with the Fire Marshal's Office that located the remains.

The changing details and tragedy surrounding the fire are the talk of the town according to resident Tanya Davy.

She witnessed flames shooting from the fire scene Wednesday. Her home is above her cabinet-making business across the street from the scene.

Davy says she was initially relieved to hear no one had been hurt. She was saddened by the update.

On Wednesday, a tenant of the apartment, Cornelius Deyle, told CTV News that he had run back into the building looking for his girlfriend after his landlord told him the alarm had sounded.

The OFM is back on scene Saturday.

In the meantime, some members of the public have begun laying flowers at the scene.

A previous version of this story listed a different surname for April Calcutt. CTV News London regrets the error.