EXETER, ONT -- One man is dead following a series of events in Exeter that led to a shooting involving police Tuesday night.

The Special Investigations Unit is investigating the circumstances surrounding the death of 44-year-old Wade Vanderwal.

It all began when emergency crews were called to a report of a fire at a residence located at 65 Simcoe Street around 6:30 p.m.

Due to the nature of the call Huron County Provincial Police were also dispatched. There are unconfirmed reports that a fire was set intentionally.

SIU investigating fatal police-involved shooting in Exeter. More information to be released in the morning.

According to the SIU Vanderwal exited the residence armed with an axe while first responders were on scene. There was a confrontation between him and Provincial Police officers in which he was shot multiple times by two officers.

The SIU says their invesitgation is centred around the two officers and another witness.

Witnesses in the area tell CTV News that they heard a loud noise that resembled fireworks or a noise like a gun.

Another witness told CTV’s Scott Miller that they saw paramedics working on a man on the sidewalk doing chest compressions.

Police are remaining tight lipped regarding the incident as the SIU has now invoked its mandate. 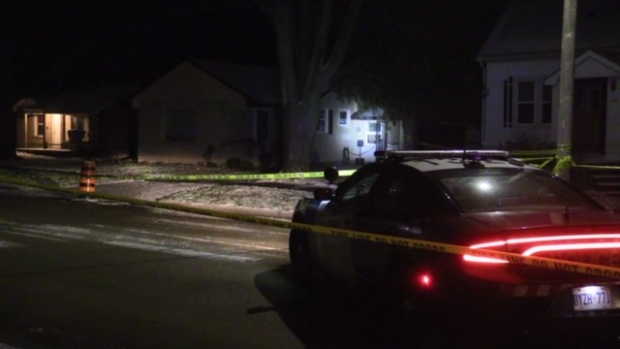 Emergency services did not answer questions regarding the nature of the original call to 9-1-1 including reports that a man may have been having a mental health episode.

The SIU tweeted Tuesday evening that they would be providing more details Wednesday morning.

With reporting from CTV's Scott Miller and CTV's Sean Irvine.