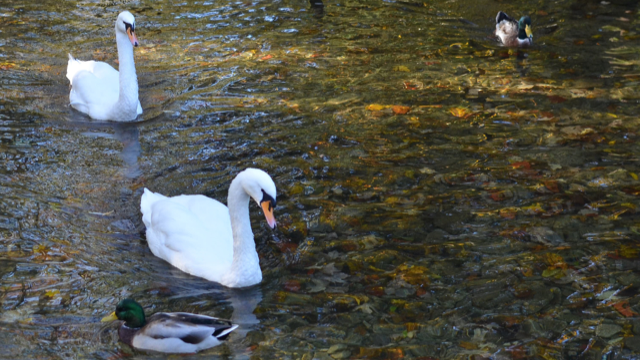 Swans and ducks as seen in this undated photo in Owen Sound's Harrison Park. (Source: City of Owen Sound)

Ninety five birds in Owen Sound’s Harrison Park have had to be euthanized.

On Sept. 16, city staff notified the Canadian Food Inspection Agency (CFIA) about health concerns of the bird and waterfowl population in the park’s sanctuary.

The CFIA took control of the bird sanctuary and tested the animal, confirming avian influenza.

Following the positive test results, an order was issued to dispose of all domestic birds and waterfowl on site.

According to a release, on Friday morning, CFIA staff humanely euthanized the birds.

The city then requested to have six swans at the site quarantined in a separate facility with ongoing monitoring for disease.

The Harrison Park swans are descendants of the original six swans gifted to then-Mayor Elias Lemon from King George V in 1912.

As reported early by CTV News, three of Stratford, Ont.’s mute swans have died since Saturday of avian influenza.