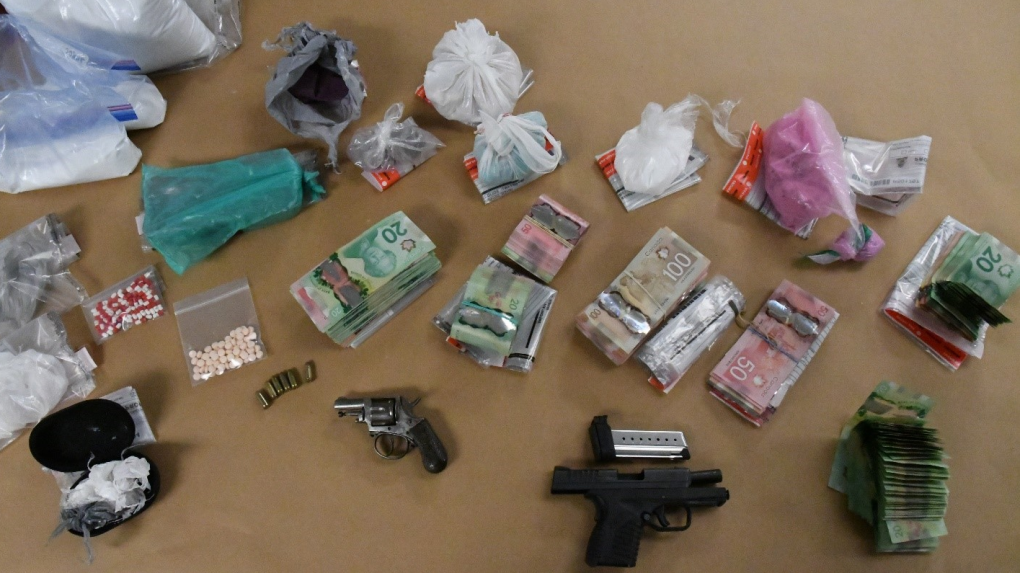 Drugs, cash and weapons seized on Friday, Sept. 11, 2020 are seen in this image released by the London Police Service.

MIDDLESEX CENTRE, ONT. -- London police say a drug bust on Friday that ended with charges for 18 people is their largest fentanyl seizure ever.

Det.-Sgt. Rob Merriman, head of the London police Guns and Drugs Section, said in a statement, “This is the largest suspected fentanyl seizure in London police history…The illegal drugs will always be out there, and even though we removed some from the streets, we remain focused on addressing the threats to community safety posed by illegally-possessed firearms and drugs such as fentanyl.”

Among the 35 charges laid were multiple counts of possession for the purpose of trafficking and a number of firearms-related charges.

Ten adults from London, ranging in age from 20 years old to 46 years old have been charged in the case.

Four London youths, a 16-year-old, two 17-year-olds and a 13-year-old, were also charged in the investigation.

In addition, three adults from Brampton and one from Etobicoke are facing charges.

Merriman thanked those who assisted with the seizure, ”The assistance of our partnering police services and the cooperating units within the London Police Service was integral in the safe conclusion of this investigation.”