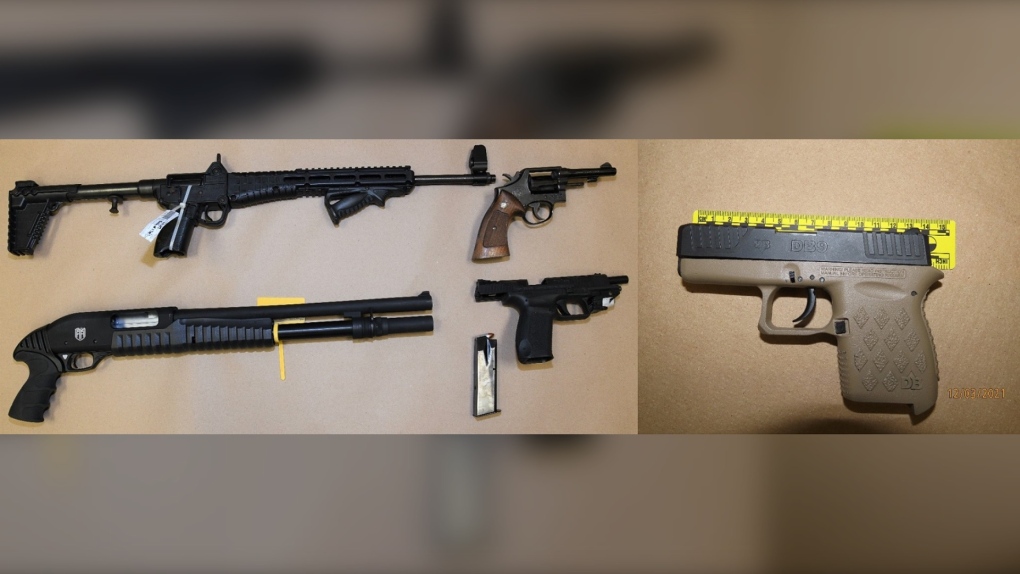 A major police investigation in the Owen Sound area has led to dozens of charges and the seizure of several firearms, drugs and cash.

Between the OPP and Owen Sound Police Service (OSPS), approximately 45 officers were involved in the months long investigation, which has led to the arrest of seven accused people, the search of three vehicles, four residences within the city and two residences in Georgian Bluffs.

The combined street value of the drugs and cash proceeds seized from Wednesday’s search warrants are estimated to be approximately $65,000.

“Getting these guns and drugs off the streets of Owen Sound represents another significant step in ensuring community safety remains our key priority,” said OSPS Chief Craig Ambrose. “This investigation is another example of the close working relationship our Service enjoys with the OPP and our other Grey-Bruce policing partners.”

Investigators from the OPP and the OSPS conducted another search warrant on Friday afternoon at a residence in the Town of Southampton. During this search, police found another loaded 9mm handgun along with a substantial amount of Canadian cash.

According to police, this local drug organization had hundreds of area customers buying their drugs, making this very profitable illegal operation.