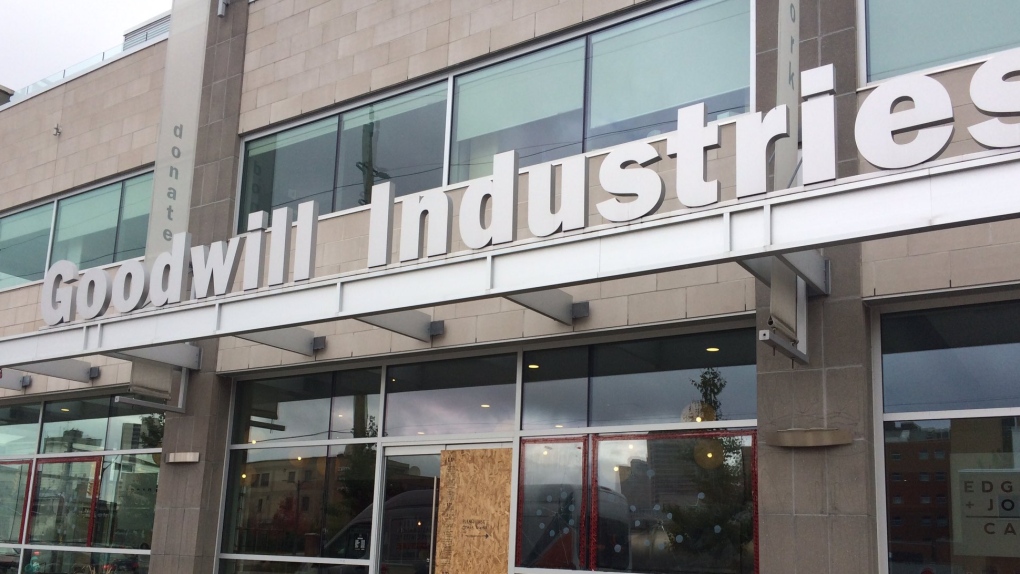 A 59-year-old London man has been charged after an early morning vandalism spree at the Goodwill Industries building on Horton Street in London.

Eleven windows and two glass doors were smashed in multiple places with a hammer on Sunday.

Officers arrived on the scene at 4:20 a.m., where they found a suspect with a hammer.

The suspect was arrested and later charged with one count of mischief over $5000. No one was injured.

Staff members say the windows are a specialty glass that will take a few weeks to re-order. In the meantime, temporary repairs are being made to secure the building. The damage is estimated to be several thousand dollars.

Michelle Quintyn, chief executive officer of Goodwill Industries – Ontario Great Lakes, advised her staff Sunday morning that police do not anticipate a recurrence. She also asked staff members to let the incident spur them to show leadership and compassion for distraught people in keeping with Goodwill's goal of "building an inclusive and vibrant neighbourhood".

Quintyn says that despite the damage, it is business as usual at both the Café and The Community Store.