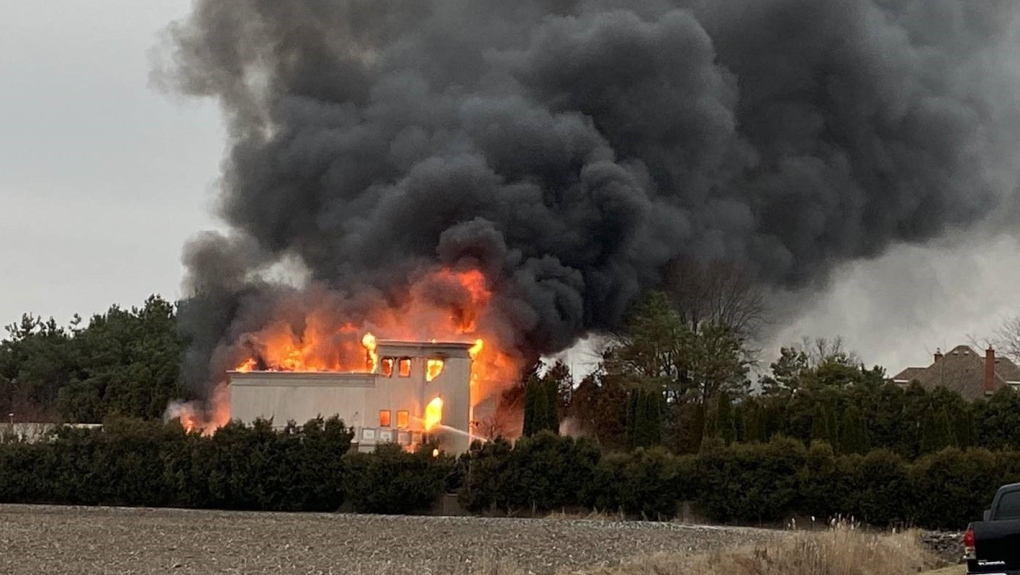 A house is engulfed by flames on Pain Court Line in Chatham-Kent on Wednesday, Dec. 16, 2020. (Courtesy Chatham-Kent Fire)

WINDSOR, ONT. -- No one was injured after a large home went up in flames on Pain Court Line in Chatham-Kent.

The fire was first reported around 3:30 p.m. at 7196 Pain Court Ln. in the area of St. Bernadette Street and Bear Line.

Residents in the area were asked to close all windows and doors due to a large amount of smoke coming from the fire.

Crews were challenged with snow and high winds while trying to battle the blaze.

A total of 55 firefighters from stations across the region were on scene to try and bring the large fire under control.

The cause of the fire is under investigation and a total damage estimate has not yet been released.

The Ontario Fire Marshal has been notified of the fire.