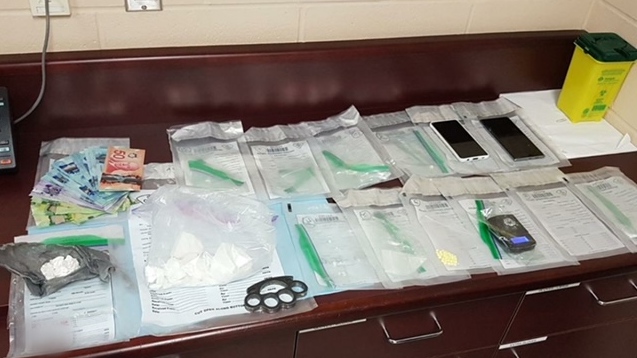 LONDON, ONT. -- Three Sarnia residents have been charged following a drug seizure during a traffic stop on the 402 Friday in Plympton-Wyoming.

Police say they recovered roughly $24,000 worth of suspected cocaine, hydromorphone, fentanyl and methamphetamine.

Some cash and brass knuckles were also located.

The accused were scheduled to appear in bail court Friday.