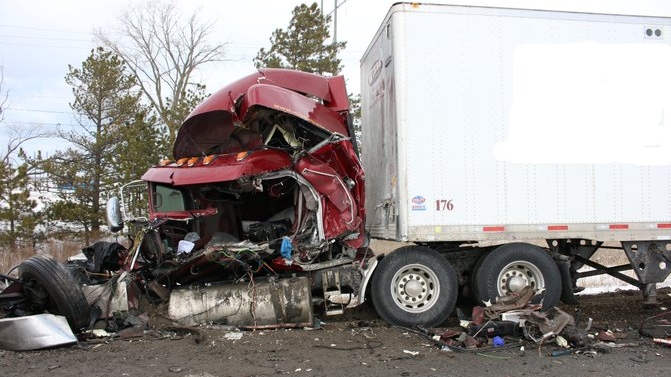 A crash between two transports Thursday has left one driver fighting for their life in a London hospital.

An air ambulance was called in to transport one driver after two transports collided on Highway 401 in Chatham-Kent.

The second driver was taken to local hospital and has since been released.

The driver in London hospital remains in critical condition according to police.

It is unclear what caused the collision or if weather was a factor.

Prior to the crash West Region OPP said they had been dealing with dozens of crashes the night before, several of which included transports.