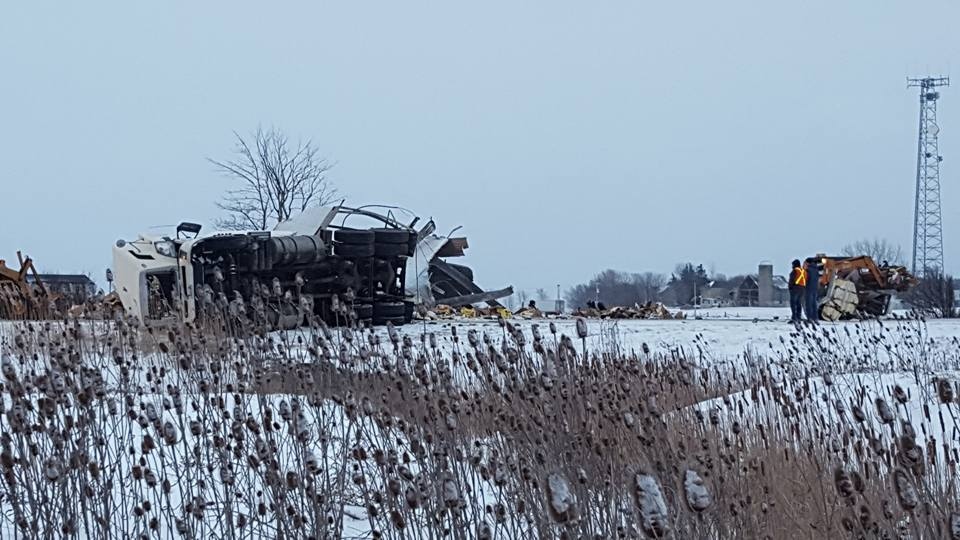 A tractor trailer lays on its side after a fatal crash on highway 401 at Union Road on Thursday, Feb. 16, 2017. (Justin Zadorsky / CTV London)

Highway 401 westbound was shut down for about 12 hours Thursday after a crash involving two tractor trailers killed one person.

The collision occurred around 12:30 a.m. when the three trucks travelling westbound collided east of Union Road.

Police say one person in the Freightliner was killed in the crash.

He has been identified as Gary Lent, 66, from Etobicoke.

The male driver and lone occupan of the Volvo was transported by ambulance with serious injuries to hospital, where he is currently listed in good condition.

No word from police if charges will be laid.

The OPP Technical Traffic Collision Investigators (TTCI) are attending the scene to assist with the investigation.