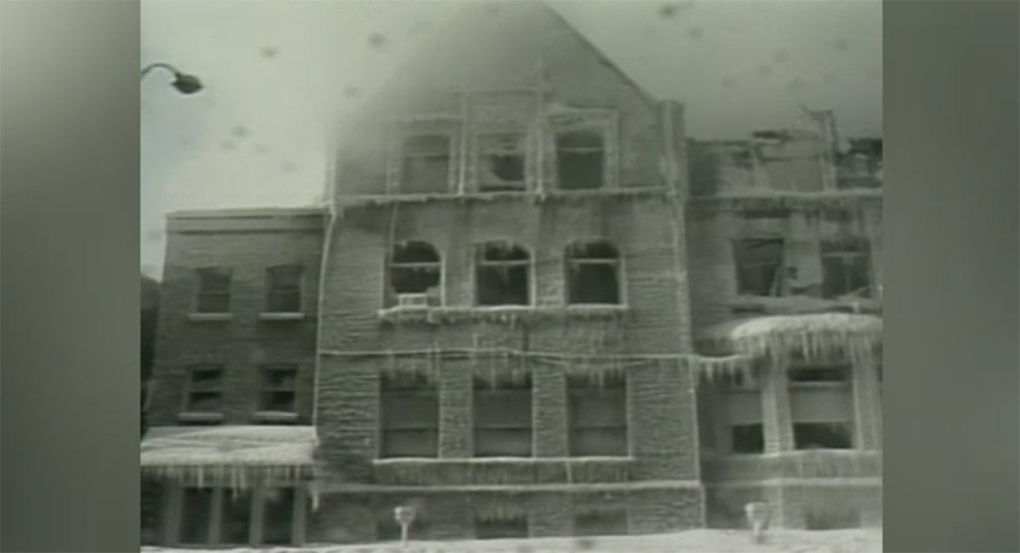 It was determined to be a case of arson.

It became a sight to behold as the water used to fight the fire froze over the structure.

A new facility was built at the current location of King and Waterloo streets, opening two years later in 1983.