$36M to be invested into London sewer infrastructure 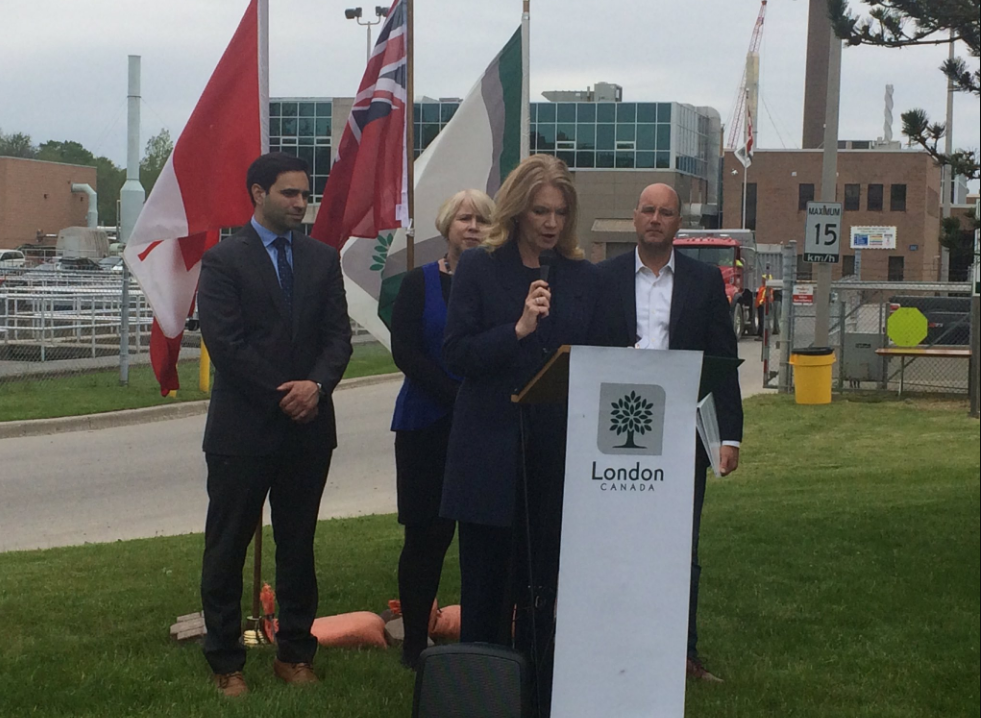 The three levels of government are investing a combined total of $36 million dollars for sewer infrastructure in London.

At an announcement Wednesday, Ottawa announced more than $18 million, while the province and city would contribute $9 million apiece.

The combined $36 million investment will be used in projects to:

• Increase the capacity of sewer systems, which will help to prevent basement flooding and overflow discharges into the Thames River

• The acquisition of a waste heat recovery system at Greenway which will generate electricity that will be used to power the plant and reduce electricity costs projected to be an annual savings of $650,000 or more

• Study a new process to reduce the amount of biosolids shipped to Greenway for treatment, which could drastically reduce truck trips to the plant from 7,000 annually to 2,000.

“This funding will help us address something we're all concerned about - sewage discharge into our river. It will also help prevent heart breaking and frustrating basement flooding for many Londoners,” said Mayor Matt Brown in a news release.

“This is another step towards making London one of the greenest Cities in Canada.”