The young man cutting the grass at Fergie Jenkins Field could potentially be on the roster when a new inter-county baseball league (IBL) franchise makes its debut in Chatham, Ont.

“It'd be nice to come home and play for your hometown in the summers,” said Jackson Moon, a Chatham native and college baseball pitcher at Trevecca Nazarene University in Tennessee.

Moon, who just finished his freshman year, would be 20 or 21-years-old when the new team takes the field.

“It'd be awesome and get all the people out here because they have...such a nice facility,” said Moon. “We probably don't use it as much as we need to, so getting inter-county team in here would be awesome.”

He’s one of many excited about the prospect of semi-professional baseball coming to his hometown. He recognizes the quality of the league with former Blue Jay Dalton Pompey now playing for Guelph. 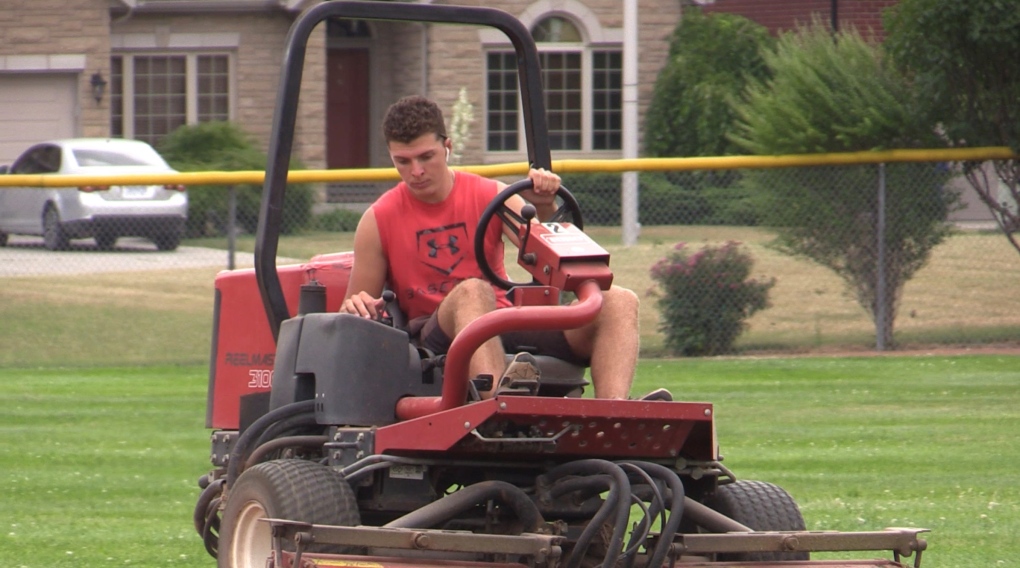 Jackson Moon, 19, cuts the grass at Fergie Jenkins Field in Chatham, Ont. The NCAA college baseball pitcher would love to be part of the inaugural roster for an IBL Franchise in his hometown (Brent Lale/CTV News London)“It’d be pretty cool to see him coming to town, and having like 500-1,000 people out here watching,” he said.

There are still a few hoops to jump through before an expansion franchise is approved.

An ownership team led by Quebec native Dom Dinelle is ready to go, if council gives the green light to some initial expenses.

One of the requirements necessary to bring an IBL team is an upgrade of Fergie Jenkins Field.

“Certainly there's not enough bleachers,” said Darrin Caniff, mayor of Chatham-Kent. “There's only bleachers for about 350 people, and we’ll need more because I expect lots of people to come out to the games. Total expenditures may be $75,000 capital upfront, and then we're not sure what the operating dollars is going cost us to have the team on an annual basis.”

Chatham-Kent council gave municipal staff the go-ahead to negotiate with the team and plan the total costs. The idea is for it to be approved by council in the 2023 budget in January.

However the league has a much sooner deadline for the team to play next season.

“We need as sort of a go-or-no-go date I would say in the next 10 days,” said John Kastner, IBL commissioner.

“That will determine whether or not we're going to go in May of 2023 or the start date gets put off till May of 2024. We do appreciate that the timeframe is pretty short — the prospective owner [Dinelle] thinks that he can do that,” he added.

It may be a longshot, but Caniff hopes it can be done. 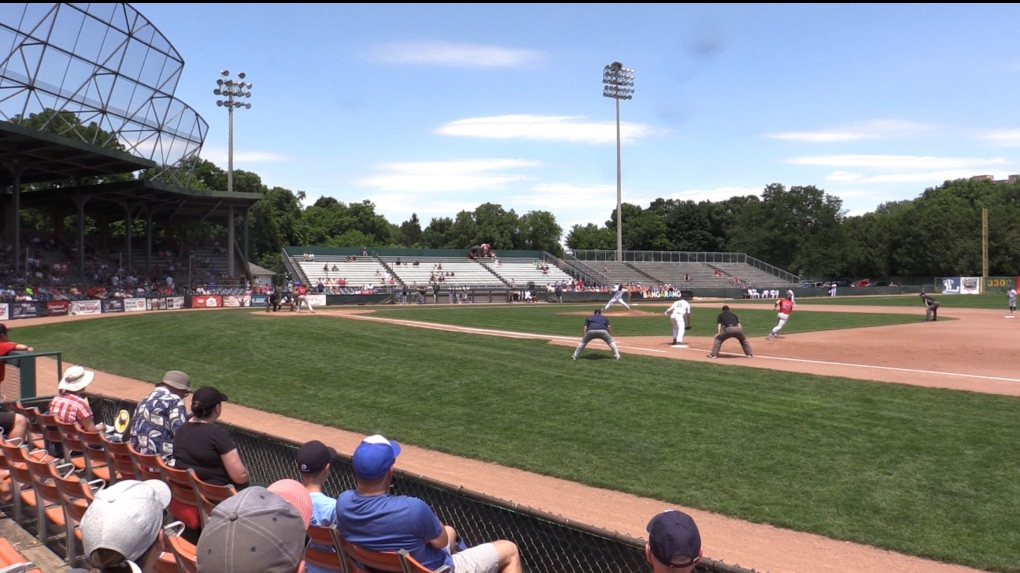 The London Majors play an intercounty baseball league game at Labatt Park in London, Ont. on July 3, 2022. (Brent Lale/CTV News London)“We quickly need to work out a contract,” he said. “Then we need to get it to council sooner than March because obviously if we're taking March it won't happen until 2024. I think if we can get into a council meeting sooner and have a re-vote on it to say 'all right, we've got the costs, let's move forward,' then we can do it in 2023.”

The Chatham-Kent franchise would be the ninth in the IBL, and only team west of London, Ont.

He added, “From Windsor to Sarnia, those are all great baseball communities and as we look at the footprint of the IBL and you think about what area is there room for growth, certainly Chatham in that area.”

IBL officials hope to expand to 10 teams in the near future.

Salman Rushdie, whose novel 'The Satanic Verses' drew death threats from Iran's leader in the 1980s, was stabbed in the neck and abdomen Friday by a man who rushed the stage as the author was about to give a lecture in western New York.

Canada to test wastewater for polio

Canada plans to start testing wastewater for poliovirus in a number of cities “as soon as possible” following new reports of cases abroad, the Public Health Agency of Canada confirmed on Friday.

Montenegro gunman kills 10 on the street; police kill him

A man went on a shooting rampage in the streets of this western Montenegro city Friday, killing 10 people, including two children, before being shot dead by a passerby, officials said.