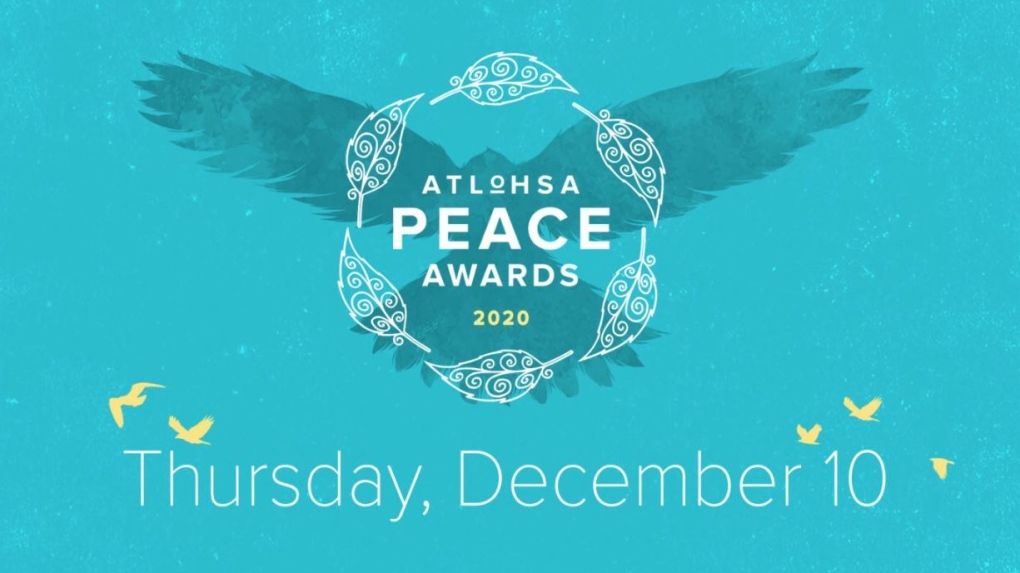 They honour those who have made outstanding contributions, inspiring social change in the spirit of Truth and Reconciliation.

Shawn Johnston and Amy Smoke for Land Back Camp

In June 2020, Shawn Johnston and Amy Smoke created Land Back Camp in response to a lack of places for Indigenous youth to gather, now the force of the movement that has brought about political change.

Shelley Yeo, former executive director at Anova, has fought to help vulnerable women impacted by domestic violence for decades and has helped ensure the perspective of Indigenous women is given a voice.

Dakota Brant is a firefighter, artist, businesswoman, teacher, author and advocate for victims of trauma, whose push for social change has seen her travel extensively to speak on the Indigenous experience in Canada and the U.S.

Saidat Vandenberg is an entertainer and speaker brings kindness, inclusivity and empowerment to children wherever she goes with The Saidat Show, and her positivity shines through even in her everyday life.

As the learning coordinator for First Nations, Metis and Inuit Education with the Thames Valley District School Board Charlene Camillo has developed and implemented much-needed curriculum that reaches teachers as well as Indigenous and non-Indigenous students.

Elders Mary Lou and Dan Smoke are role models who have been actively supporting reconciliation for decades, working to bridge the divide between Indigenous and non-Indigenous communities and ensuring First Nation stories are heard.

Suzanne Smoke is a fierce advocate for Indigenous people, both in her work in anti-human trafficking for Muskoka Parry Sound Sexual Assault Services and in her work supporting reconciliation and encouraging action to support equity and healing.

An activist from a young age, Londoner Sierra Jamieson has been working to spread awareness of Indigenous issues since her high school days. Now studying to become a police officer, she hopes to change the perception of Indigenous women and showcase their capabilities.

The awards will be handed out Dec. 10 online. Tickets will be “pay what you can”. A link to the live stream will be sent to donors before the event.

All proceeds will go to Atlohsa’s Zhaawanong 24-Hr Emergency Women’s Shelter providing Indigenous-led crisis support to women and their children at risk of violence, abuse and homelessness.

“This year the Peace Awards will be live streamed and although we will miss the feeling of a sold out in-person event, this opens us up to a world of new opportunities,” said Alana Lees, Atlohsa’s Director of Development in a news release.

“We are so honoured to recognize these incredible individuals and hope their achievements serve to inspire and uplift all who attend,” added Lees.

Tickets for the 2020 Atlohsa Peace Awards are “pay what you can”. A link to the live stream will be sent to donors prior to the event.