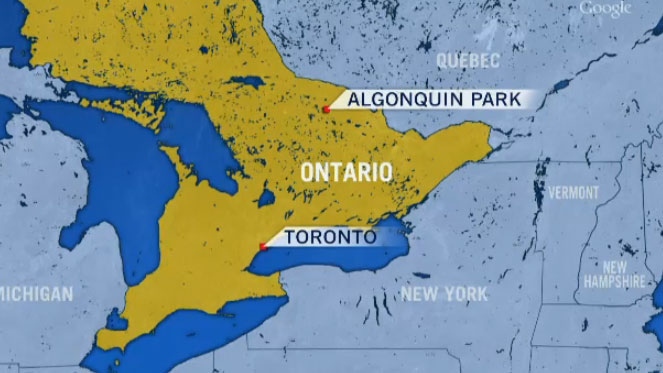 Two people are dead following the crash of a small plane in the Algonquin Provincial Park in central Ontario.

HUNTSVILLE, Ont. -- Provincial police with the Huntsville, Ont., detachment say two people have been killed and three others injured in a multi-vehicle collision on Highway 60.

Police say a small car was westbound on the highway late Sunday afternoon when it crossed the centre line and hit a tour bus head on at the entrance to Algonquin Park's west gate.

They say the car flipped on the road and then hit another car.

Two people were pronounced dead at the scene, a third was flown by air ambulance to a Toronto hospital in serious condition, and two others were treated at a local hospital and released.

Investigators say the tour bus didn't have any passengers aboard at the time of the accident, and that the names of the deceased are being withheld pending notification of their next of kin.

The cause of the crash remains under investigation.