Just before midnight Saturday, a witness saw a person jump onto the "Lady Pietra" in the harbour on the southwest side of the bridge, set the boat on fire and take off. 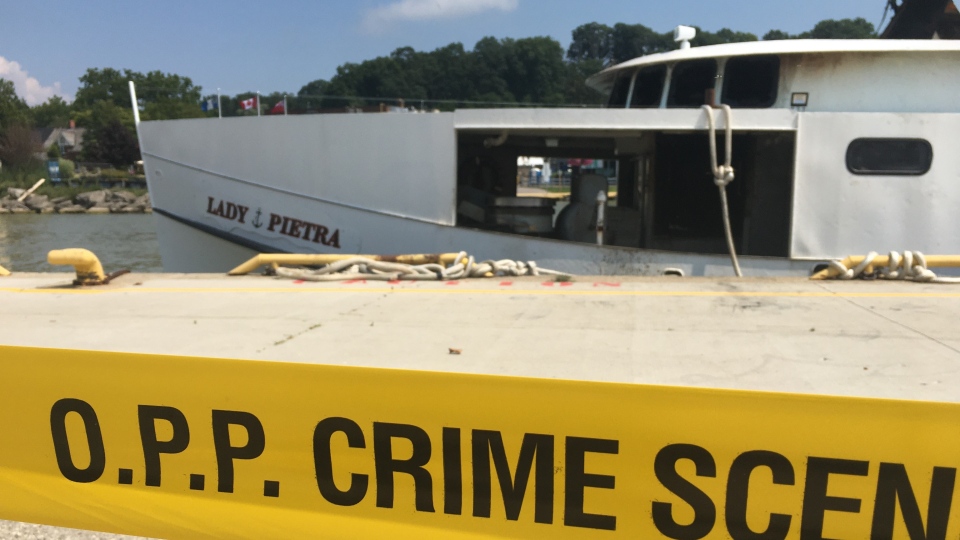 The OPP attended and a short time later made an arrest.

"Witnesses were able to identify and provide details on what the suspect looked like, and shortly thereafter we were able to arrest a person a short distance from the location," says Const. Troy Carlson of the Elgin County OPP.

"We currently have a 19-year-old in custody."

Knowing an arrest has been made is small consolation for the owners and crew of the boat.

"No one got hurt, but we do have five men who have mortgages, kids on the way that depend on this," says Salvatore (Tory) Caradonna, one of the three co-owners of the "Lady Pietra."

Captain Shawn Cook and his team were taken out on the lake Sunday by the Weaver family to retrieve their nets. It's been a tough year for the fishing industry, and this team in particular.

"In March we had another issue with a fishing vessel that nearly sank in Port Stanley," adds Caradonna.

This boat is a replacement for the one that had trouble a few months back.

"This community is great, the Weaver family have been amazing and helped us. Appreciate all the help and hopefully we can get this thing up and running as soon as possible."

The Ontario Fire Marshal's office was called, and investigator Michael Bird arrived in Port Stanley Sunday afternoon. He was taking photographs of the boat and conducting his initial assessment.

On Monday afternoon, OPP charged the 19-year-old suspect with arson under the Criminal Code in connection with the fire.

He was released with an undertaking pending his next court appearance on Oct. 6.