POINT CLARK, ONT. -- Carol Phillips and Judy Parker were just walking along the shores of Point Clark, Ont. a few weeks ago, when they came across something poking out of the water’s edge.

“Judy and I were quite interested in it because it had all these weird nails sticking out of it. A big piece of wood, and that’s when we got really curious about what it could possibly be,” says Phillips, who lives in Wingham.

Unbeknownst to Phillips and Parker, Scott and Amy O’Brien had also been finding strange pieces of old wood washing ashore this spring.

“Every time we went out, we’d find more pieces. It was like a puzzle,” recalled the Point Clark residents. 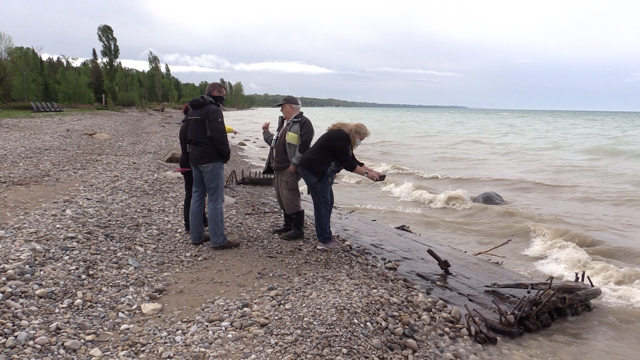 Empowered with the O'Briens' discoveries, Phillips and Parker decided they’d call in some historical help to identity what they’d found.

The Bruce County Museum sent out a pair of local marine historians who have identified the shipwreck shards as pieces of the Homer H. Hine, an 1880s schooner that sank off the shores of Point Clark in 1883.

“This piece is the heart of the schooner. The centre board. It’s kind of a rare piece, not too many have survived like this, so it’s really exciting for us,” says marine historian, Patrick Folkes. 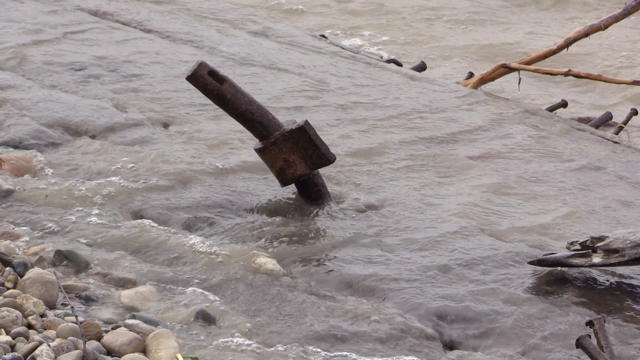 “We’ve got a fair stretch of about a kilometre long where these pieces have been found. Six pieces in total. But some that found the original pieces were kind enough to rescue some of the pieces from people’s burn piles, and they’ve stored them in their garages, for us,” says Scarlett Janusas of the Ontario Marine Heritage Committee.

Janusas, a marine archaeologist, plans to return with marine heritage volunteers to document the shipwreck pieces found, snorkel the shores for more, and then rebury the pieces where they were found.

“It would have taken a big storm which probably broke up the main part of the wreckage, which is still likely offshore. You get a big enough storm, and pieces start to come in,” says Folkes. 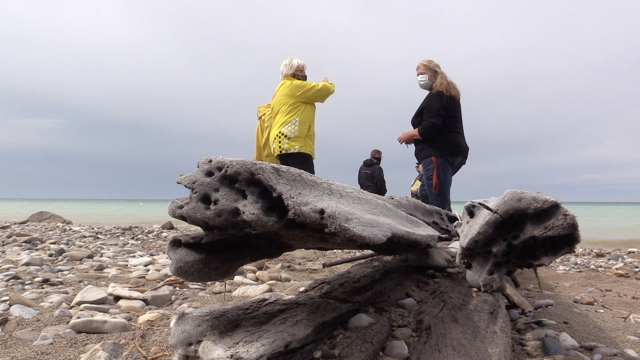 For Phillips and Parker, there’s pride and excitement in discovering a shipwreck that past shoreline surveyors dismissed as 'old pieces of wood.'

"The rest is history. It turns out it is actually a piece of a shipwreck, and we’re just thrilled about it. We do actually feel like older explorers, but we’re here,” says Parker, who resides in Belgrave.

“We’re the Goonies,” says Amy. “We felt like explorers."