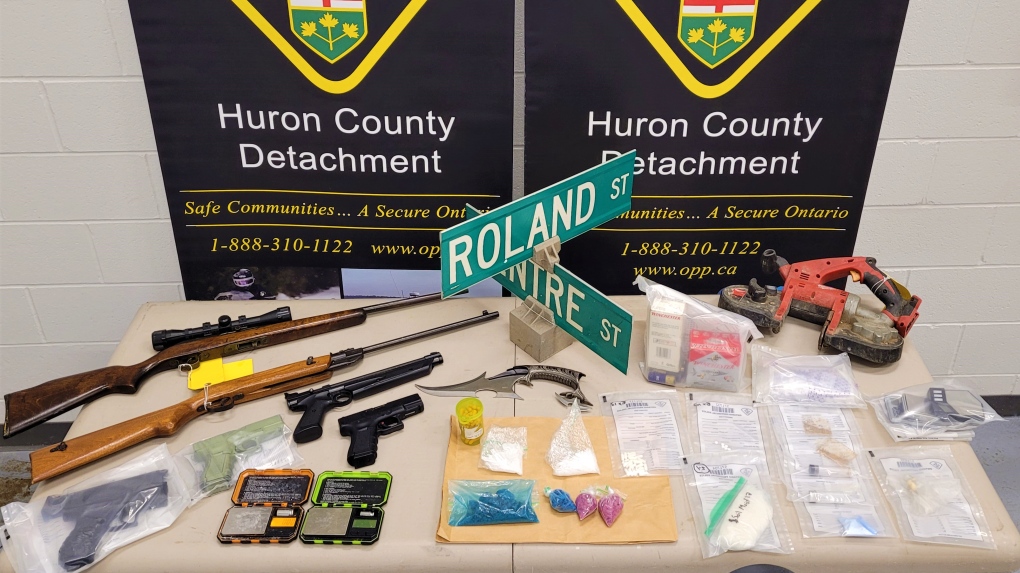 Drugs and firearms seized in Dashwood, Ont. on Tuesday, Jan. 18, 2022 are seen in this image released by Huron County OPP.

Huron County OPP have seized more than $100,000 in fentanyl following a search of a home in Dashwood, Ont.

The search of a Centre Street residence on Tuesday was the culmination of a drug trafficking investigation conducted by Huron and Perth OPP.

The combined estimated street value of the seized controlled substances is $110,928.

In addition to drugs, police also seized drug trafficking paraphernalia including a pill press, a cell phone and digital scales.

Police say an arrest warrant is being sought in the case and further details will be released when the suspect is in custody.

The Liberal government is moving to ban Russians sanctioned over Moscow's invasion of Ukraine from entering Canada. The government tabled proposed amendments to federal immigration law in the Senate on Tuesday to ensure foreign nationals subject to sanctions under the Special Economic Measures Act are inadmissible to Canada.