A soon-to-be centenarian and veteran of the Second World War is about to walk 100 kilometres to raise funds for homeless veterans.

Tom Hennessy of London, Ont. served in the Royal Air Force (RAF). He flew 200 hours in the famed Super marine Spitfire fighter over the combat theatres of the North Atlantic, England, Mediterranean and Italy.

He says skill, but primary good fortune kept him alive.

“You can’t dodge ack ack [antiaircraft gunfire] that is coming up at you. It’s a lot of luck, the one that doesn’t hit you,” said Hennessy.

While he survived, the war stayed with him. “And then the tears came,” he said. 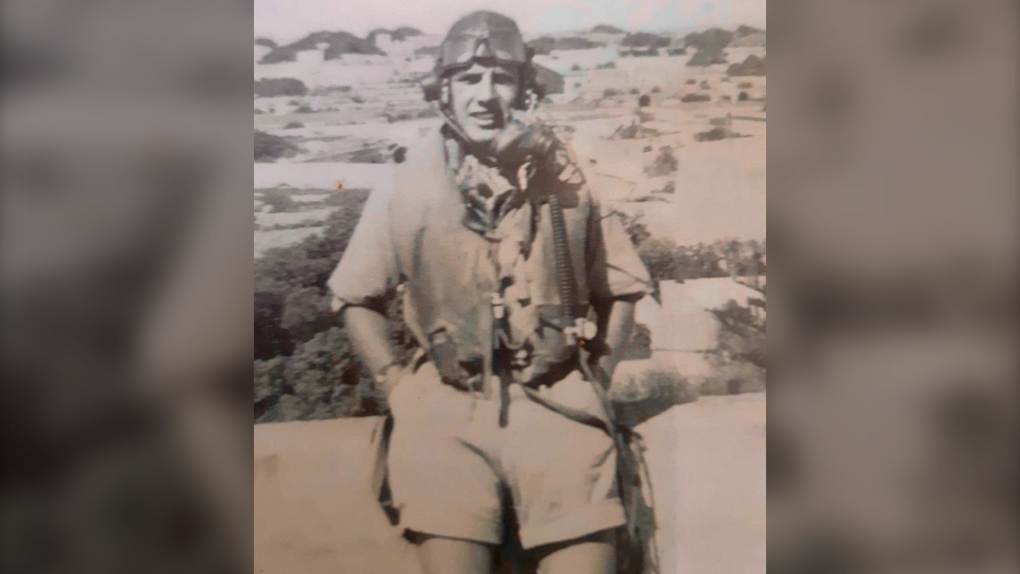 As he stood near the Cenotaph in London’s Victoria Park, he reflected on those not so fortunate.

But 76 years later, on the eve of his 100th birthday, Tom is walking 100 kilometres to help those still here. Many of those kilometres will be logged publicly while looping Victoria Park. Each step will be a fundraiser for homeless veterans.

“And, I so glad to able to be healthy enough to do it,” Hennessy expressed. 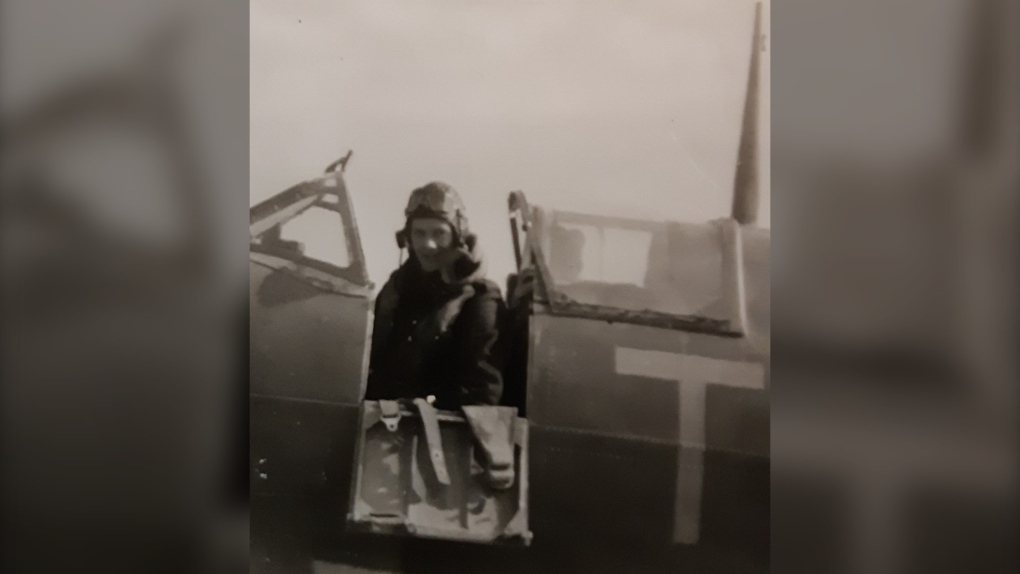 Tom Hennessy is seen while serving with the Royal Air Force in the Second World War. (Source: Submitted)

“The homeless veteran problem is perpetual, it’s ongoing. If we had every veteran off the street today, someone is going to run into challenges tomorrow,” Warden said.

Bruce Stock, a Veteran and RCL member, is aiding Tom with the walk.

“I think we all agree the public is ready for some good news. And Tom Hennessy’s Walk of Gratitude is good news in spades,” he explained.

Good news, which Tom reiterates traces back to the gratitude he has for surviving a war that so many didn’t. 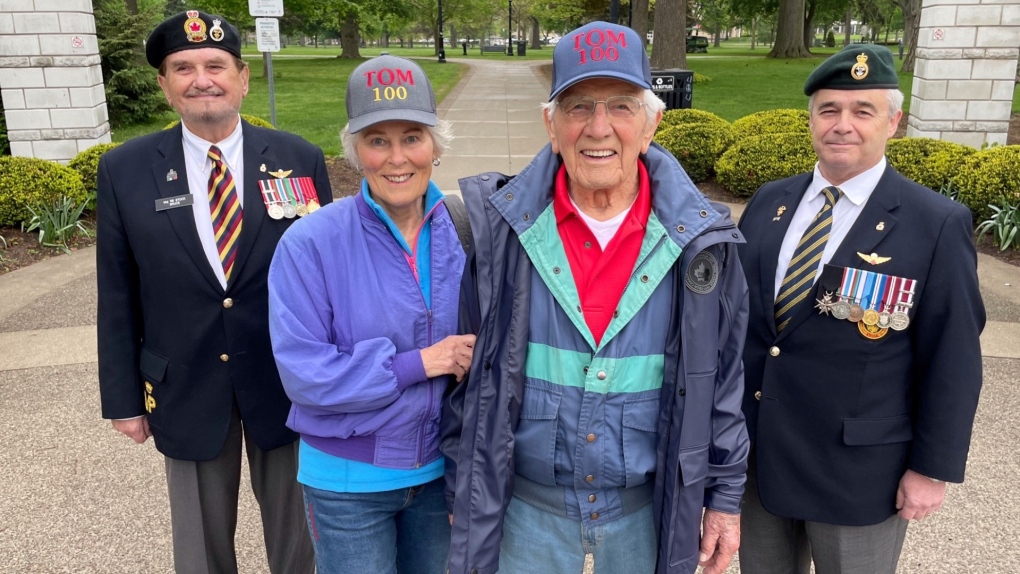 Bruce Stock (L) and Randy Warden (R) of the Royal Canadian Legion, join Tom Hennessy and his wife Joyce in Victoria Park on May 19, 2022. (Sean Irvine/CTV News)“Here I am talking to you 70 or 80 years later. Talk about Gratitude,” said Hennessy.

The Walk of Gratitude will take place at Victoria Park on three consecutive Tuesdays, starting June 14, from 11:30 a.m. to 1:30 p.m.

He plans to log many of his kilometres at the park and some at his cottage in Huron County.

The final kilometre will be recorded at London’s Canada Day festivities.

During all his walks, Tom will be joined by Air Cadets. Members of the public are also encouraged to join him at Victoria Park. 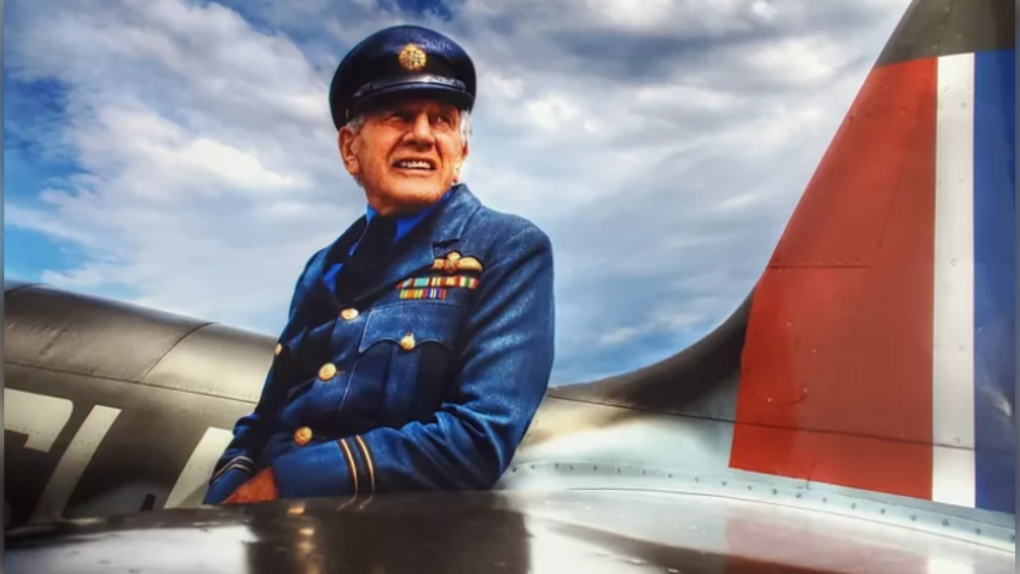 The Group of Seven on Tuesday was wrapping up a summit intended to send a strong signal of long-term commitment to Ukraine's future, ensuring that Russia pays a higher price for its invasion while also attempting to alleviate a global hunger crisis and show unity against climate change.

A 30-year-old woman is dead after falling off a horse at the Ponoka Stampede on Sunday.

Forty-six people were found dead in and near a tractor-trailer and 16 others were taken to hospitals in a presumed migrant smuggling attempt into the United States, officials in San Antonio said.

A highly contagious and deadly virus that affects rabbits and hares has been detected in Ontario for the first time.

An Amtrak passenger train traveling from Los Angeles to Chicago struck a dump truck Monday in a remote area of Missouri, killing three people and injuring dozens more as rail cars tumbled off the tracks and landed on their sides, officials said.

As long lines persist, Canadians travelling in the next 24 to 48 hours are being given priority at some passport offices.

As COVID-19 fears ebb, Japan readies for tourists from abroad

Japan is bracing for a return of tourists from abroad after the island nation's border controls to curb the spread of coronavirus infections began gradually loosening earlier this month.