Tom Hennessy, a retired Air Force veteran and World War II Spitfire pilot was looking for a cause to mark his 100th birthday in May.

“I was reading a magazine two months ago, and it was about homeless veterans. And the very last line said, and so we've got to do something,” Hennessy said during a break from the charity kick off. “I said to Joy, my partner, ‘Joy, I got it. Now I know what I can do for 100 years is I can go and do a walk and raise money for homeless veterans.’”

Hennessy exercises daily and started with a goal of 100km, but after quickly reaching that goal, he checked in with his friends at the legion and told them he was going to up the goal to 100 miles (160km), and plans to finish his journey on Canada day.

On Tuesday, he logged some of those kilometers while looping around Victoria Park, joined alongside London North Centre NDP MPP Terence Kernaghan, London Deputy Mayor Josh Morgan and other members of the public. 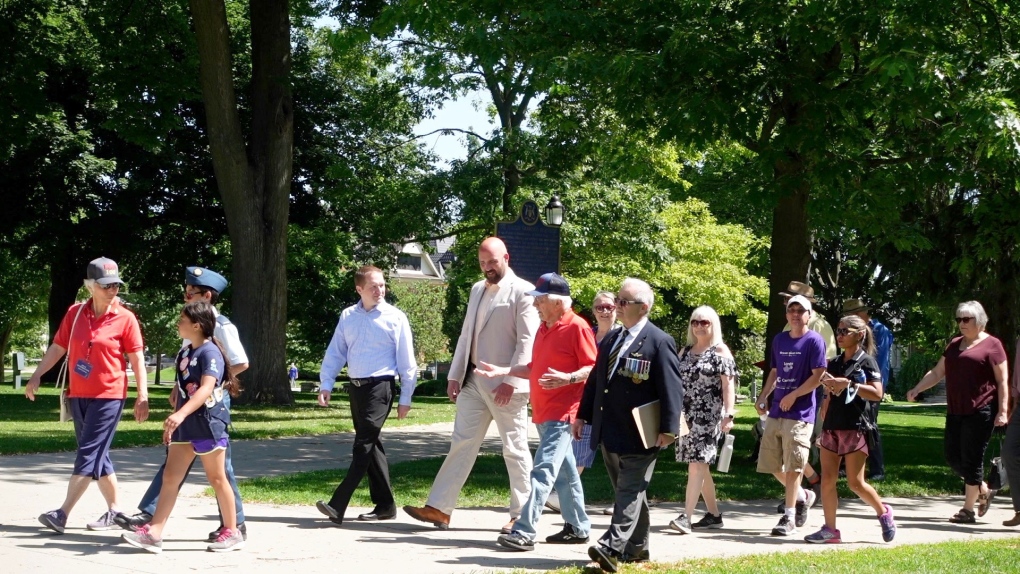 “It's about 95 miles now. The last walk around here [Victoria Park] on Friday of Canada Day that will put it all into the 100. So we want to bag it on that day,” Hennessy said.

The fundraiser has already raised $12,000 as of Tuesday morning, before the official start of the campaign.

But there is no specific goal he would like to reach other than getting as much help for homeless Veterans as possible.

To learn more and to donate to Hennessy’s cause, you can visit his GoFundMe page.